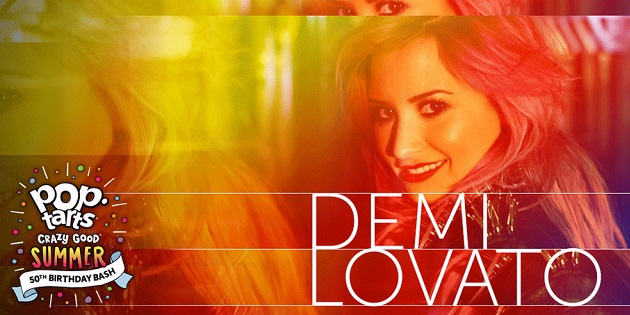 The Crazy Good taste of Pop-Tarts and the sounds of summer unite to give teens a free concert – while tickets last – featuring this summer’s hottest acts, Demi Lovato and Ryan Beatty. Dallas was selected as one of three secret locations for the 2014 Crazy Good Summer 2014 concert series.

Demi Lovato and Ryan Beatty are helping Pop-Tarts celebrate its 50th birthday with a free concert. In addition,Pop-Tarts will offer a sweepstakes, giving teens the chance to win a private concert starring teen heartthrob Austin Mahone. Visit PopTartsCrazyGood.com to learn how to score free tickets and more information on how to join the #CrazyGoodSummer conversation on Twitter and Instagram. Demi Lovato released her fourth studio album in May 2013 and is going on her first world tour this fall.

The concert will be Thursday, July 17, starting at six.