In May the popular dance event Don’t Let Daddy Know announced their long-awaited Belgian debut at Sportpaleis Antwerp on Saturday 25th of October. Now, a little less than a month later, it’s time to reveal a top notch line up for this night to remember. DJ superstars Showtek, Sander van Doorn and DVBBS are confirmed as well as the highly talented duo Blasterjaxx, Ummet Ozcan and Sem Vox. Beside all these big names Don’t Let Daddy Know also announces a mystery guest. This icon is praised worldwide. Curious who the mystery guest is alongside the rest of this outrageous line up? The mystery guest will be announced end of July. 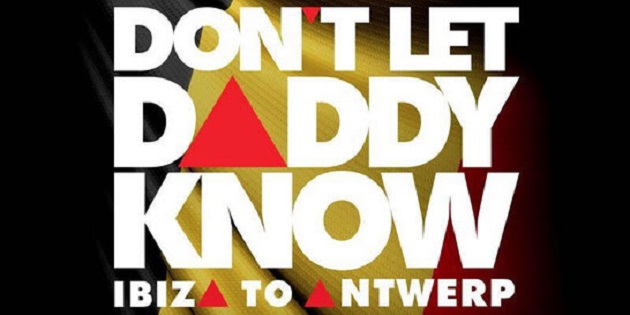 Dutch duo Showtek is know for their heavy energetic, taxing beats and non-stop energy. There energy was also noticed by big names like David Guetta, who loved working together with the brothers on the release for “Bad”. After the monster hit “Tsunami” DVBBS is now taking over the charts with their summer hit “Gold Skies” a collaboration with non other than Martin Garrix and legend Sander van Doorn, who also will be behind the decks at Don’t Let Daddy Know. The DJ/producer duo Blasterjaxx are anything but the same but their passion and love for music brings them together. In september 2013 Blasterjaxx reached a huge milestone when their track “Fifteen” in collaboration with the #1 deejay of the world Hardwell was released. Ummet Ozcan is raising the bar when it comes to being inovative and unique. He offers the world something different and top names in the industry are part of his huge global fan base. After spending the summer behind the decks in Ibiza, Sem Vox showed everybody how to party in a sold out Ziggo Dome during DLDK Amsterdam. And he is ready to show Antwerp the same!

Don’t Let Daddy Know debuted two years ago on the island of Ibiza. After Miami, Ibiza and a huge stage at Mysteryland Festival, DLDK brought it to Amsterdam in March and sold out the massive Ziggo Dome. After that organizers E&A Events and ID&T went looking for another location within the Benelux to continue the Don’t Let Daddy Know world tour. The infamous party now takes over the massive and Antwerp’s most amazing concert hall: Sportpaleis. This venue is known by its shows with acts like Swedish House Maffia, Hardwell, Dimitri Vegas & Like Mike and absolutely lives up to the #DLDK philosophy: a major rollercoaster ride through a high leveled clubbing experience!