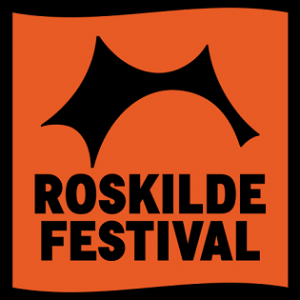 Atomic Bomb!, Hugo Mendez and The Master Musicians of Jajouka add some extra sunshine to the line-up of the famous Roskilde festival. Today’s music package is packed with funk, bodily energy and hot dance rhythms that are perfect for a summer party. This motley bunch of acts contains a music history going many years back. One of them is called a 4000-year-old rock’n’roll band.

Today’s music package is packed with funk, bodily energy and hot dance rhythms that are perfect for a summer party. This motley bunch of acts contains a music history going many years back.

ATOMIC BOMB! WHO IS WILLIAM ONYEABOR? BY THE ATOMIC BOMB! BAND and SPECIAL GUESTS (US) is an explosive celebration of the cult figure William Onyeabor where members of Hot Chip, LCD Soundsystem and The Rapture are part of the bash. The Africanøs hot sound was originallt recorded and released between 1977 and 1985. The artist himself lives far away from the spotlight, but is currently being hailed as a sort of African relative of Giorgio Moroder.

THE MASTER MUSICIANS OF JAJOUKA led by BACHIR ATTAR (MA) play the same day as The Rolling Stones. This is no coincidence. Brian Jones of the Rolling Stones did recordings of the healer orchestra back in 1968, and they were released after his death in 1971. This made him one of the first to introduce The Master Musicians of Jajouka – and world music in general – to the Western world. Sir Mick Jagger is also a proclaimed fan of the Moroccans. For more than 40 years the master musicians have stood out as one of the pinnacles of Islamic music with their trance-inducing mixture of Arabian oboe, chanting, lute, pan flute and percussion.

HUGO MENDEZ (SOFRITO) (UK) is one of the Sofrito DJ collective’s most used members. He vigourously tours international festivals and clubs with his mixture of African booty shake, disco, mambo, funk and cumbia.