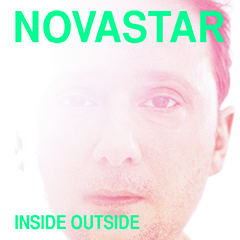 Novastar’s long awaited fourth studio album ‘Inside Outside’ is out now! It contains eleven tracks, including new single Closer To You. An official video was shot at the end of February in a skate park nearby the L.A. coast. Novastar has worked with music legend John Leckie, producer of Radiohead’s The Bends, Muse’s Showbiz,Origin of Symmetry and the selftitled debut album of The Stone Roses. Head over to the retail buttons below to get the album.

In April, Novastar will tour The Netherlands and Belgium. Lots of shows have already sold out, but there are still some tickets left.