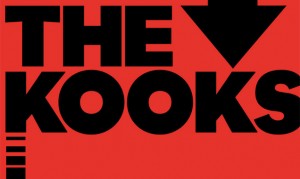 After the premiere of The Kooks new single ‘Down’ as Zane Lowe’s Hottest Record last week, and a sensational turn at SXSW playing three packed shows, the band are gearing up for four UK shows this May. Kicking off in Glasgow on May 6th and taking in Manchester, Birmingham and London’s Electric Ballroom on May 8th, this run of shows will give fans their first taste of The Kooks new album, new sound and new direction.

Produced by Inflo and co-produced by Luke, explosive new single ‘Down’ is released April 20th and is like nothing The Kooks have ever done before, with it’s looped hooks and crazy percussion. It is the first glimpse of a new album released this summer.