Australian post-hardcore/metal act Northlane will be heading to Europe in June! The tour will start on June 6th in Hradec Kralove (Czech Republic) and will finish on June 20th in Neuhausen Ob Eck (Germany). 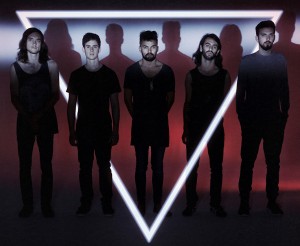 Northlane have returned with new single “Rot”, their first release with new frontman Marcus Bridge. “Rot” (produced via Skype by long-time collaborator Will Putney) was written and recorded by Marcus, guitarists Jon Deiley and Josh Smith, bassist Alex Milovic and drummer Nic Pettersen after a public audition process that saw almost 2.000 hopefuls apply for the position. The 23-year-old singer from Sydney’s first tour will be a mammoth 21 huge shows in 21 days across Europe supporting Parkway Drive.

Fuelled by the critical and popular acclaim for 2013 sophomore album “Singularity”, Northlane toured the world twice over 18 months before coming home for a victorious sell-out tour in May / June. The album received glowing reviews and accolades across the world.

But during a five-month rest and writing break, frontman Adrian Fitipaldes left the band citing mental and physical exhaustion, prompting an open audition process which began in September. The band spent weeks painstakingly trawling through submissions; Marcus’ video – which is still on YouTube having amassed tens of thousands of views – grabbed their attention and his talent, ideas and attitude make him a natural fit.

After the Parkway Drive tour, the band will head home to play the massive sold-out UNIFY Gathering in Victoria. Eleven days later they will embark on a six-week tour of North America with August Burns Red before settling down in New Jersey to record their third album with Will Putney.