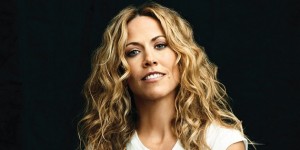 “Sheryl is a class act and an incredible performer,” said Ingram. “She’s someone I’ve looked up to for a long time and to have her perform at our event is a dream come true.”

Nine-time Grammy Award winner Sheryl Crow has released eight studio albums, (all charting Top 10, four of them platinum-plus,) a quadruple-platinum greatest hits collection, and a Christmas album. She has sold more than 35 million albums worldwide. She is currently on tour with her latest album, Feels Like Home, a take on country music with a Nashville influence.

Sally and Mack Brown are also enthusiastic about this year’s MJ&M event. When asked about his return to the event that he and Sally helped launch last year with Ingram and McConaughey, Brown said, “Sally and I are so excited to see friends and experience another year of excellent music, terrific golf, once-in-a-lifetime fashion event, and VIP parties, all for an important cause. Sally and I are committed to making 2014 an even better year and we couldn’t do it without all of your help.”

Thursday, April 24 th, MJ&M kicks off with the Gala, Live Auction, a special Jack Ingram performance followed by the Sheryl Crow headlining concert. On Friday, April 25 th, MJ&M will continue with the success of the Celebrity Classic Golf Tournament at Barton Creek Resort. Also on Friday is the Fashion Show with A-list designer at Neiman Marcus followed by the Jack Ingram & Friends concert at ACL Live at The Moody Theater.