Singer/Songwriter Marty Baggen announced the release of his full-length album The Light and The Dark. Marty wrote and composed the album entirely himself. “The name of the album, The Light and The Dark, describes the radical moods that fueled the creation of the material. I enjoy putting things together that don’t fit. For example, reaching a point in a song where you are talking about something quite ugly or painful, but setting it atop a lovely and pretty melody. That complexity and contrast is what makes this album unique,” says Marty.

The music on the album is a blend of alternative rock, acoustic, and folk. It sounds similar to artists like R. E. M., David Bowie, John Mayer, and Peter Gabriel.

“The vocals strike a Bowie comparison, and the style is in the vein of John Mayer but with more of an eclectic arrangement. Lyrically, there is a lot of similarity with Peter Gabriel in the sense that he places a lot of emphasis on the phonetic structure of what he is saying,” says Marty. 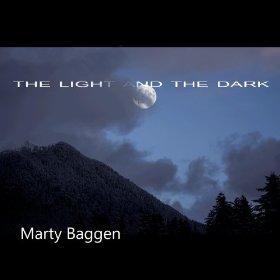 There are 12 tracks on the album:

“The second track, ‘The Same Kind of Different,’ is the one I am most proud of. It will make a nice fit on college radio playlists,” says Marty. “Also, the songs ‘Alaska,’ ‘Lakes and Roses’ and ‘Your Kingdom’ are certain to earn favorite status with many listeners.”