Grammy Award winning producer and music mogul, Sean “Diddy” Combs will serve as co-executive producer along with Rick Ross on “Mastermind,” the sixth studio album from the rap superstar it was announced today. One of the most anticipated hip hop albums of this year, “Mastermind” is scheduled for release on Tuesday, March 4 th on Maybach Music Group / Def Jam Recordings.

Recognized as a chart topping producer, solo artist and performer, Sean “Diddy” Combs has been at the forefront of the music industry for over two decades. With the inception of Bad Boy Records in 1993, he created the first successful hip hop music label which unleashed a constellation of superstar acts, among them The Notorious B.I.G, and chartered the course for many to follow. 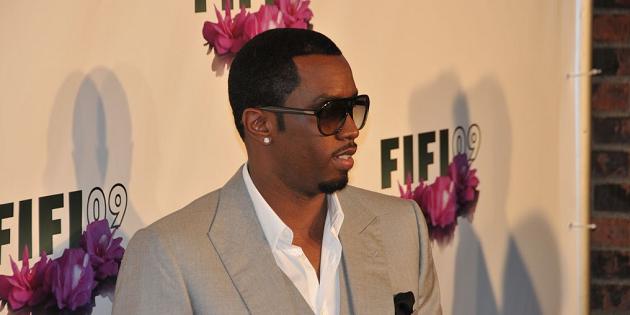 Over the years, Sean has produced hits for some of the biggest names in music including Jay-Z, Beyonce, Mariah Carey, Janet Jackson, Aretha Franklin and Jennifer Lopez. He was instrumental in launching the careers of successful music artists including The Notorious B.I.G., Mary J. Blige, Usher and has been the architect behind many #1 hit songs which have garnered numerous accolades including three Grammy Awards for Best Rap Performance by a Duo or Group and Best Rap Album.

“Diddy is one of the greatest producers of all time and someone I respect. He has a proven track record of not only creating hit records but also classic albums. It just made sense for me to have him be a part of this process,” states Rick Ross.

“Mastermind” is the follow-up to Ross’ 2012 album “God Forgives, I Don’t”, which sold 220,000 copies in its first week, becoming his 4th #1 Soundscan debut and his biggest first week sales to date. The project included top hits such as “Touch’N You” featuring Usher, “So Sophisticated” featuring Meek Mill, and the fan favorite “Diced Pineapples” featuring Drake & Wale. At the 2012 BET Hip-Hop Awards, Rick Ross was named MVP of the Year. In 2013 he continued to supply the streets with heat, featured on some of the year’s hottest hip-hop albums including Jay-Z’s Magna Carta Holy Grail, Wale’s The Gifted, and dozens of other projects.

“It’s a team effort. Ross, Khaled, Gucci Pucci and I are like a family. The goal for “Mastermind” was to create a classic album. Once we put all our superpowers together we knew there was nothing stopping us from accomplishing our goal,” says Sean “Diddy” Combs.

“Mastermind” will be added to the list of over 85 albums executive produced by Sean “Diddy” Combs. The album joins a prominent body of work which includes “Life After Death,” “What’s the 411?,” “American Gangsta,” “Bad Boy II Soundtrack,” “No Way Out” and many more.