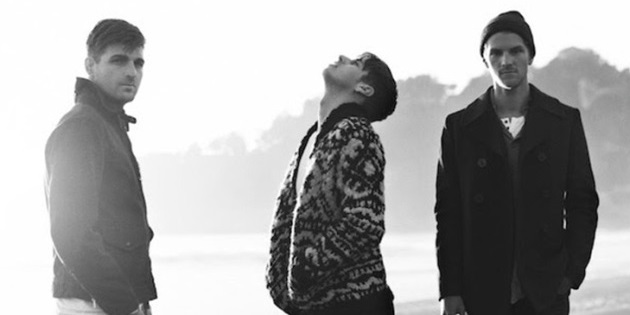 Foster The People will play a pair of special shows in London & Paris to coincide with the release of their highly anticipated new album Supermodel out 24th March via Columbia Records. Their first UK & European shows since 2012 will take place at the Troxy in London on 24th March and at the Gait’ Lyrique in Paris on 28th March. A limited number of pre-sale tickets for the London show will be available at the bands website starting on Thursday 6th February at 9:00am. Tickets for both shows go on sale to the general public on Friday 7th February at 9:00am.

The band will also embark on a North American tour this spring. Kicking off in April at Coachella, the tour will include festival performances at Governors Ball, CounterPoint and Big Guava as well as headline dates throughout the United States and Canada. For a full list of tour dates and tickets visit the bands website

The globally influenced Supermodel is the follow-up to the group’s critically acclaimed 2011 debut Torches. Recorded in various locations around the world, Supermodel began as frontman Mark Foster and producer Paul Epworth set up a writing studio in a riad in Essaouira, Morocco at the end of 2012. Supermodel is available for pre-order now digitally and at the bands website . The first single from the album, “Coming Of Age,” will be released on 16th March.

Foster the People is Foster, Cubbie Fink and Mark Pontius. Founded by Foster in 2009, the group achieved success with the 2011 release of their debut album Torches, which has sold nearly two million albums and over nine million singles worldwide. Torchesfeatures hit single “Pumped Up Kicks,” which was declared “the year’s anthem” by SPIN, and also spawned the chart topping singles “Don’t Stop (Color On The Walls),” “Houdini,” and “Helena Beat.” Foster the People garnered three Grammy nominations for their monumental debut, including Best Alternative Album, Best Pop Duo/Group Performance for “Pumped Up Kicks” and Best Short Form Music Video for “Houdini.” The group also received a BRIT Award nomination for International Breakthrough in 2012, as well as two Q Award and two NME Award nominations.