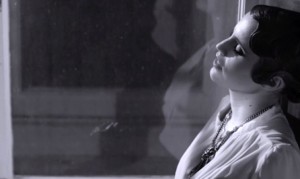 We are very happy to shout out loud that Anna Calvi has been nominated for the Mercury Music Prize for her critically acclaimed 2nd album, One Breath. Anna’s eponymous debut album also picked up a nomination for the coveted prize in 2011.

Produced by John Congleton in Blackbox Studios, France and mixed in Dallas, Texas, USA, One Breath was written in a year and recorded over a few intense weeks. One Breath is a more heart felt record than its predecessor. Reflective and vulnerable, it strikes a balance between optimism and despair, beauty and ugliness. The fiery elements of Anna’s debut remain, but One Breath is more instinctive and urgent, revealing a wider spectrum of textures and emotion.

Following standout performances at Isle Of Wight, Glastonbury, Latitude and Green Man, Anna Calvi has been invited to support Morrissey for a string of his UK and European dates, including a show at the O2 Arena in London on Saturday 29th November. Full dates with ticket links are as follows: