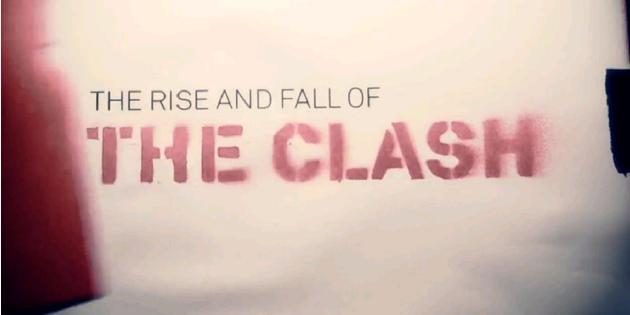 From first time director Danny Garcia comes The Rise and Fall of the Clash, featuring previously unseen footage of The Clash at work and at play, interviews with the individual band members and with those who knew them well, and traces the downward trajectory of a band that were at one point “the biggest band in the world.” This is not a film that pulls any punches, but neither does it overlook the life-changing effect that The Clash brought to so many. Over 90 minutes it paints the fascinating inside story of rivalry, treachery and betrayal, and the internal band dynamics and managerial interference that ultimately led The Clash to self-destruct.

The main interviews in the film are with founding member Mick Jones, along with first hand accounts from Pearl Harbor, Anthony Mingay (Rude Boy director), a couple of The Blockheads, Viv Albertine and others. The only early insights are from band security Ray Jordan. The over-riding theme throughout the first hour is of a band of naive innocents being led astray by Bernie Rhodes, who despite declining to be interviewed has several taped-phonecall appearances throughout.