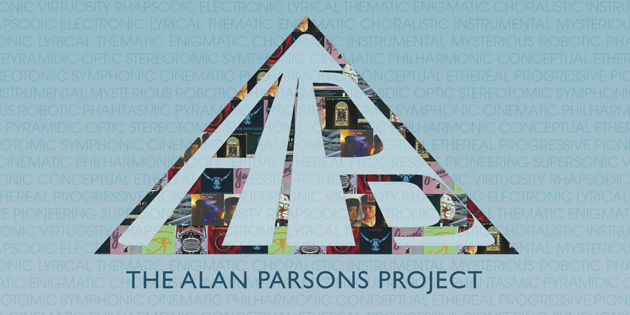 The Alan Parsons Project – The Complete Albums Collection offers fans and collectors a chance to finally experience The Sicilian Defence, the notorious never-released fifth APP album. Taking its name from a series of opening chess moves, The Sicilian Defence was an aggressive musical response to stalled contract negotiations. Composed and recorded over an intense three day marathon session at Super Bear Studios in France (during the same period Eve was made), The Sicilian Defence is a complex and challenging work, full of atonality and dissonance. Delivered to Arista in March 1981, the masters were locked away and the controversial recordings unheard for three decades. While an edited version of one of the album’s tracks, “Elsie’s Theme” was included as a bonus track on an expanded edition of Eve, The Sicilian Defence is being released for the first time in its entirety for this collection.

The masters used for The Alan Parsons Project – The Complete Albums Collection were overseen by Alan Parsons and each of the albums is presented, in facsimile vinyl replica wallet sleeves, with original album track-listings intact.

The Alan Parson Project formed around the nucleus of Alan Parsons (audio engineer, producer, musician) and Eric Woolfson (songwriter, singer, pianist, executive producer). The pair defined the contours and extended the possibilities of progressive art rock through a series of monumental concept albums released from 1976-1987.

When Alan Parsons first met Eric Woolfson in the Abbey Road Studios canteen in the summer of 1974, Alan had worked as assistant engineer on the Beatles’ Abbey Road and Let It Be and engineered Pink Floyd’s The Dark Side of the Moon. Eric, a composer and manager, had written songs for a concept album based on the writings of Edgar Allan Poe. The pair hit it off immediately and began a series of ventures in the music industry. With Eric managing Alan Parsons as a producer and engineer, they enjoyed a string of successes with other artists including Pilot, Ambrosia, Cockney Rebel, Al Stewart, John Miles and others (some of whom would become involved with APP recordings).

The Scottish rock band Pilot provided the core group of musicians for the Alan Parsons Project with Ian Bairnson (guitar) playing on every APP album, David Paton (bass and vocals) appearing on all albums except Gaudi, and Stuart Tosh (drums) playing drums on Tales of Mystery and Imagination and I Robot before joining 10cc and being replaced by Stuart Elliott (Cockney Rebel drummer). Pilot keyboardist Billy Lyall (Pilot keyboardist) also played on the first two APP albums. Alan had produced the Pilot debut album, which included the international smash single, “Magic,” and went on to produce two more albums for the band including the #1 hit, January.

The first Alan Parsons Project album, Tales of Mystery and Imagination, was released in 1976 and broke into the Billboard 200. The album’s success brought the APP to the attention of Arista Records founder and president Clive Davis, who traveled to London to personally sign the group in Arista’s third year of existence.

“They composed haunting, highly atmospheric, literate songs that addressed ambitious, conceptual subjects,” Davis wrote in “The Soundtrack of My Life,” his 2013 autobiography (Simon & Schuster). “The Alan Parsons Project seemed to capture something about the mid-Seventies that made me believe it could reach a large audience. This was also the era of 2001: A Space Odyssey, Star Wars and Star Trek, in which young people’s vision of space was romantic and psychologically compelling. It seemed possible that The Alan Parsons Project could help create a soundtrack for that time. Which is exactly what it did.” 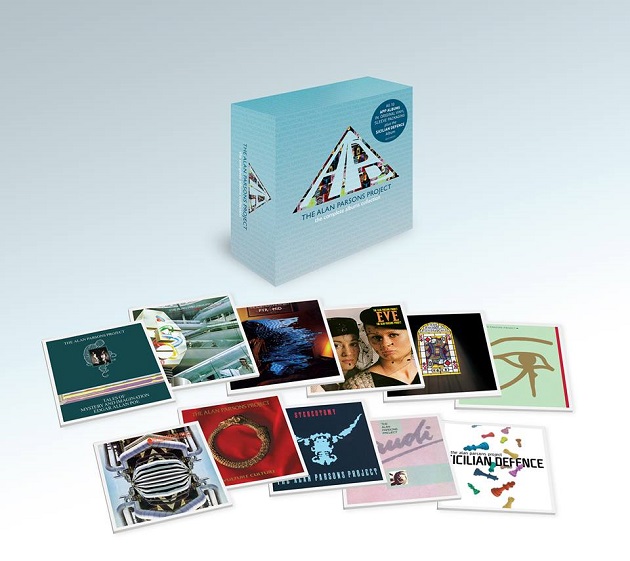 Songs by The Alan Parsons Project have proven popular with music directors and soundtrack producers for films (“Cloudy with a Chance of Meatballs,” “Donnie Brasco,” “Flubber,” the “Anchorman II” trailer) and television programs (“America’s Got Talent,” “Britain’s Got Talent,” “The Oprah Winfrey Show,” “So You Think You Can Dance,” Everybody Loves Raymond,” Miami Vice,” “The Late Show with David Letterman.”)

Famously name-checked by Austin Powers in “The Spy Who Shagged Me” and referenced in episodes of “The Simpsons” and “Frasier,” The Alan Parsons Project has sold more than 50 million albums worldwide.