Rock legends Extreme have today announced that they will be playing four UK shows as part of their ‘Pornograffitti Live’ tour. The shows will see the band visit Manchester, Glasgow, Birmingham and London this Summer. They will perform in full their multi-Platinum, top ten album ‘Pornograffitti’, in its entirety including number one hit ballad ‘More Than Words’ followed up by a greatest hits set. 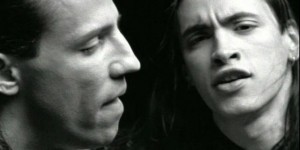 Grammy-nominated Extreme, one of the most successful rock acts of the 1980s and early 1990s, have sold over 10 million albums worldwide. They have released six studio albums, plus a greatest hits set and a recent live DVD since their formation in 1985. The band had initially described their music as ‘Funky Metal’, but it would evolve much more in the mid-90s by blending classic rock influences with post-grunge and alternative rock.