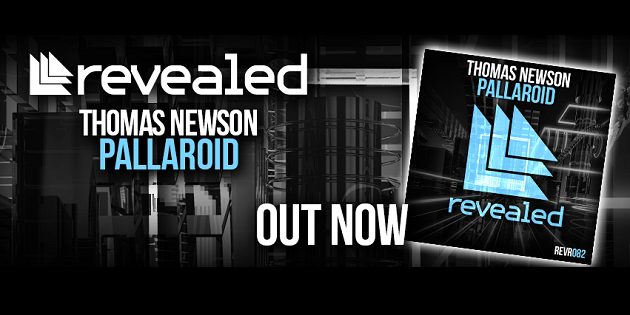 19 year old Dutch wunderkind Thomas Newson is on a roll, 2 of his original tracks, Flute and Pallaroid, have simultaneously reached Beatport’s hallowed top 10, a feat never before achieved by someone so young. Flute is a collaboration with the Australian duo New World Sound. Premiered during the Amsterdam Dance Event it’s just been nominated ‘Grand Slam’ (track of the week) on the Dutch radio station SLAM!FM. Pallaroid, released on Hardwell’s imprint Revealed Recordings only 1 week after Flute, entered Beatport’s main chart at #17 and sits now at #3.

Pallaroid was one of the most talked about ID’s this summer after its premier by Hardwell during Tomorrowland. Billboard’s Code crowned it as the best moment of Tomorrowland.

Newson has received support from the likes of Hardwell, Tiësto, W&W, Nicky Romero, Afrojack, Sander van Doorn, and Martin Garrix to name a few. Follow Thomas Newson on Facebook and Twitter for the latest information regarding his releases and more.