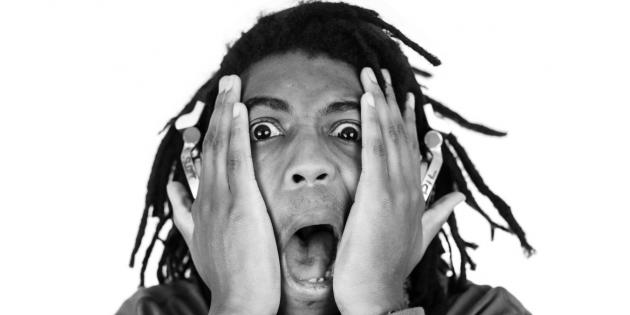 Rhymesayers Entertainment announced the newest artist to join the Minneapolis based label’s roster, Dem Atlas. Fresh to the Twin Cities music scene, Rhymesayers is excited to share this musical gem with our audience and beyond. While Dem Atlas is looking forward to transmitting his message across the globe with his upcoming Rhymesayers release, please feel free to enjoy his first project, a self-released EP titled Charle Brwn. Commenting on the EP, Dem explains, “I am chronicling the life and times of our beloved, Charlie Brown. I feel like I relate to Charlie Brown because, he is a bit of a sad figure, yet reliant in the ways in which he fails time and time again, but continues to try and try again. I am inspired by cartoons & animation, static on the radio, vinyl scratches, Nirvana & Hip Hop.”

Joshua Evans first began his journey penning poems as a freshman in high school. After four years of being the frontman of his high school band, he made a decision to go solo. Dem Atlas was born. Evans describes Dem Atlas as having two sides, despite only being one person. “It’s sort of like there’s two of us,” Evans says. “Dem is the unenlightened and ignorant side, whereas Atlas is the mythic, holy figure in control; he is all-powerful, all-knowing and all-seeing.”

Dem used his musical experiences to propel himself into different textures and sounds of music, ranging from Folk to Alt-Rock to Hip Hop. Moved by art, friendship and spirituality, Dem Atlas conveys through his
music the duality between Man & God, Ignorance & Brilliance, Enlightenment & Obscurity. Having spent the last year performing in and around Minneapolis in support of his early 2013 debut EP release, Charle Brwn,
Dem Atlas is ready to deliver his messages to a broader landscape.
City Pages’ Jack Spencer comments on the EP: “With a style that recalls underground West Coast legends like the Pharcyde and Freestyle Fellowship, Dem Atlas brings crazy energy and positive vibes to every track he touches. The quick-paced flow and melodic voicing smoothly floats along beats as he talks about his inner thoughts and feels a kinship with Charlie Brown. Charle Brwn packs a big punch and a lot of emotion into a relatively short work, and solidifies Dem Atlas as a rapper to whom you should pay close attention.
To share this article: