It sounds a bit odd, but synthpop duo Erasure will be releasing a real Christmas album, called ‘Snow Globe’. First single of the album, which will be released by Mute on November 11th, will be ‘Gaudete’, their version of the traditional song. ‘Snow Globe’ will be released on CD as a normal album both Limited Edition Deluxe Christmas Box, including 3 CD’s, a desktop calendar, postcards, Christmas decoration and a Christmas card, signed by Andy Bell and Vince Clark themselves. ‘Snow Globe’ is produced by Erasure, Gareth Jones and Richard X and will contain a collection of Christmas traditionals. 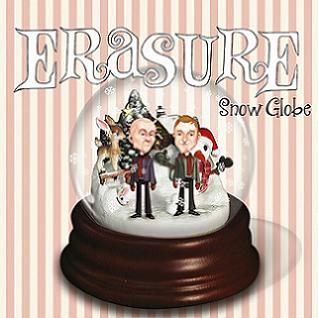