Singapore is a vibrant place where technology, architecture, design are part of the cities DNA. January and February are excellent months to visit the Lion-City when this thriving city-state is packed with festivals. In China Town, the streets are lit with lanterns for Chinese New year and around the Civic District and Marina Bay, beautiful light installations are erected for the Singapore Art Week and the I light Singapore Festival. 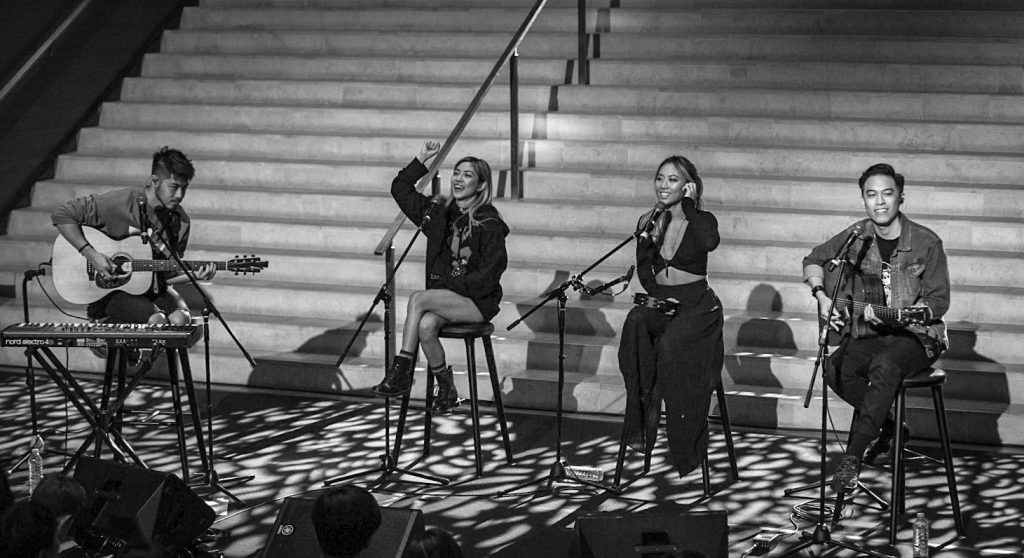 The highly acclaimed National Gallery of Singapore hosts the Light to Night festival in the Civic District which is part of the Singapore Art Week and the program includes evening outdoor façade shows, video mapping, indoor art exhibitions, and local music performances. Last weekend the Gallery kicked off the music program with local band The Sam Willows, which is a four-member pop band that was formed back in 2012 by Jonathan Chua, Sandra
Riley Tang and the two siblings Narelle and Benjamin Kheng. In 2015 the band signed to Sony Music Singapore and a few months later their full debut album ‘Take heart’ was released including a single and music video and they got to open for The Script in the Singapore Indoor Stadium. In 2016 the British girl group Little Mix toured through Asia and The Sam Willows supported them with shows in Manilla and Singapore. They also managed to become the first Spotify Spotlight Artist in Asia. 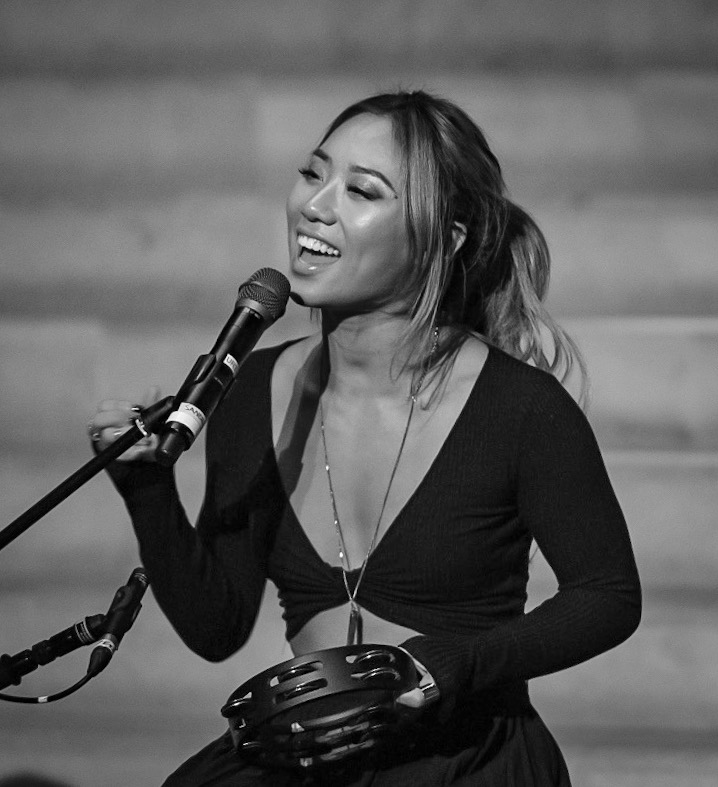 Scheduled for a single set the band chosen to do a combination of their own songs and covers in an intimate semi-acoustic setting. The Padang Atrium venue was, by the time the band started playing, jam-packed and the attracted crowd welcomed the band with loud cheers and applause. It was the first gig of the year and it showed that the band was excited to be on stage again. They opened with ‘Time we try’, followed by the moody mid-tempo tracks ‘Save myself’ and ‘Papa Money’, all from their latest album ‘I know, but where’ Guitarist Jonathan and Guitarist and Keyboard player Benjamin gave the songs extra depth by putting all their heart into it. Female Vocalists Narelle and Sandra were pulling it off being steady in keeping time and especially the arrangement of the four voices sounded clear with a nice intonation. 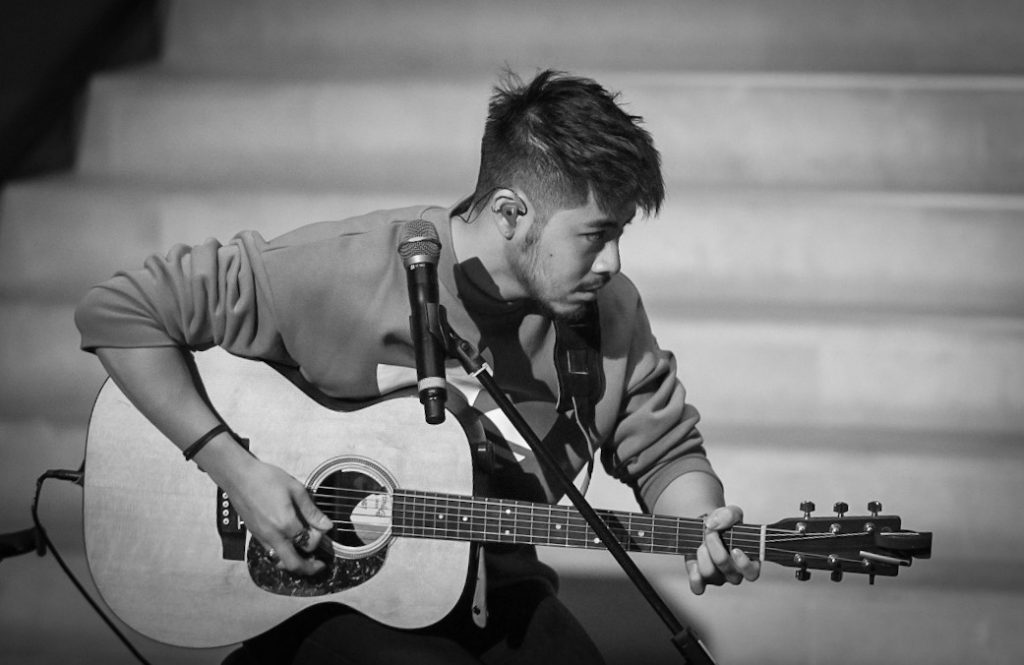 The crowd turned in silent mode and became completely quiet when the band brought a breath-taking version of Coldplay’s ballad ‘Fix you’ in-between their own songs. It was definitely a joy to see how much fun and laughter these four band members had on stage with each other but also how comfortable they were while performing and how natural interacting with the fans for them was. 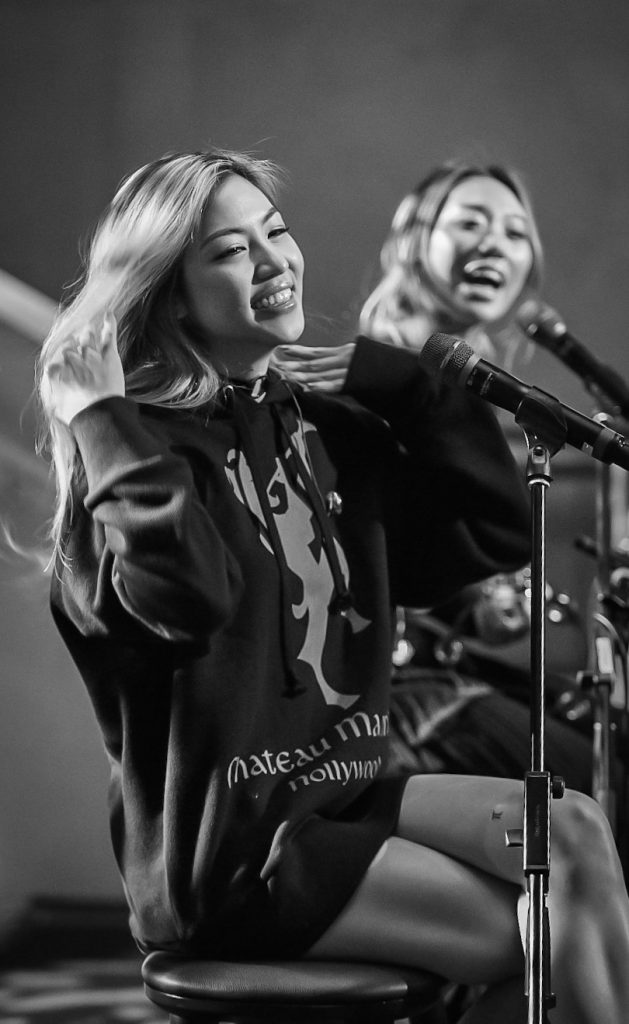 The show ended after nearly 50 minutes with two of their hits ‘Take Heart’ and ‘Glasshouse’ and they closed out by gratefully thanking the fans for coming out. Over the years their sound evolved from soul folk guitar inspired music to modern synthpop R&B and it is this new sound that suits the band very well. Smoothly and well-produced tracks such as ‘Keep me Jealous’and ‘Papa Money’ can easily connect with the current popular UK and European R&B scene. The band already got their Sophomore album released in Japan but if they can get Sony to release and remix their latest tunes by hot producers in Europe and the UK, it might be the perfect time to take the spotlight. The Sam Willows will be performing at the AIA Glow festival in May this year with headliners Rudimental and Lost Frequencies..