Good news for all fans of the psychedelic sounds! The Sonic Dawn just finished recording their third LP, the culmination of a full year’s labor. Following their first two album releases, the Danish trio has toured Europe more or less constantly, only returning home to focus on this, their most ambitious project to date. 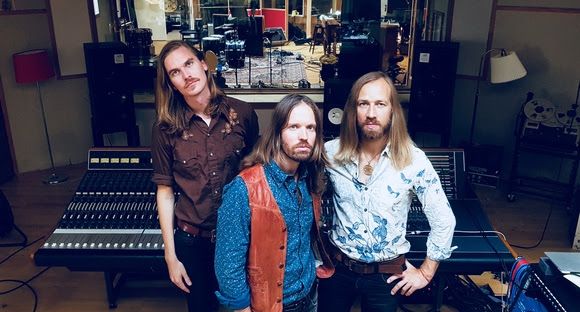 “This past year, we’ve been forced to deal with the shadow side of life. We turned feelings of loss, self-doubt and fear into a deeply personal record, finding hope and strength in the process. You hear a shift from darkness to light in these songs, picked from over 30 tracks we wrote. It’s our biggest work ever.” states Emil Bureau (guitar/vocals).

While the album title and release date is yet to be announced, it is expected to hit record stores and online platforms in early 2019, followed by an extensive album tour. The Sonic Dawn will release their upcoming record world-wide on Heavy Psych Sounds Records.