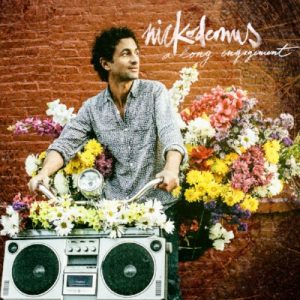 Nickodemus’ work has always revolved around the diverse spread of folks he’s met with and collaborated during his travels. These experiences date back to the ripe age of 14, when he started playing out his early DJ gigs in New York and throwing parties that spanned sounds and styles from reggae, to house music, hip-hop, and back again. Then there were the first Turntables on the Hudson parties in the early 2000s, a string of legendary events that influenced his iconic first album Endangered Species.

Carol C, who sang on cult classics like “Cleopatra in New York” and “Mariposa” appears on the new sexy slow roller “Do You Do You?, a cover of a rare 80s Lebanese funk song. NYC native MCs The Real Live Show lay down another timeless exchange of verses on “Will You Still Be Here.” with help from The Pimps of Joytime. Brooklyn-based afro beat band Antibalas appear across three songs on the LP, while Victor Axelrod lays down some keys on a cover of the soulful house track “Music Man.” The album also includes some rising talents from Argentina’s Patagonia region, Fémina, as well as Buenos Aires’ own superstar, La Yegros, who both join Nickodemus across interesting fusions of Latin, Arabic, hip-hop, and dub music. You’ll also hear Grammy nominated Innov Gnawa on the Moroccan influenced thumping dance-floor version of “Mystic Molay,” while Grey Reverend lends a soulful vocal to album’s finale ‘Music Man.”