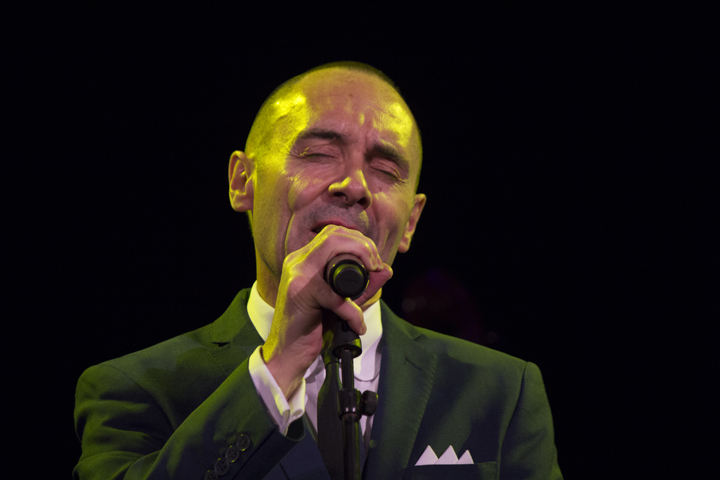 The legendary Matt Bianco (UK) is still on the road, after starting in the business 35 years ago. Now, after a two-seasons collaboration with New Cool Collective, the band is scheduled four concerts this week in the Netherlands. Joining him, but not in the original line-up, is the charismatic Mark Reilly. Friday night, Matt performed at Den Bosch’s De Orangerie. In a unique musical pairing, the audience saw a higher energy swing, which for Matt is normally observed with his great jazz band outfit. 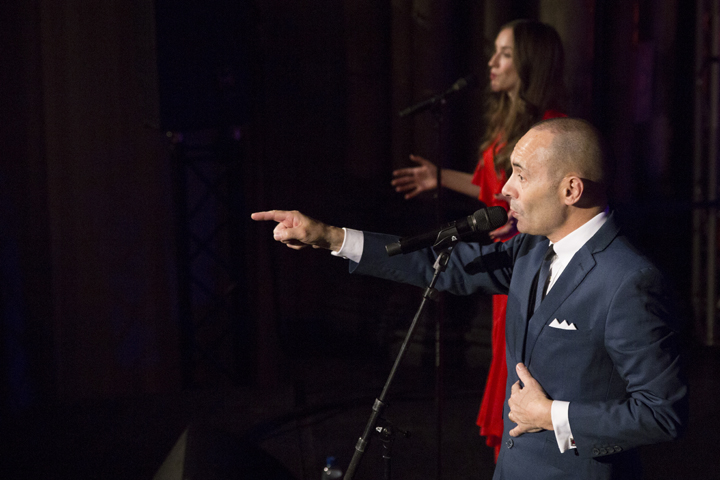 Right out of the gate, they performed three songs from the new album ‘Gravity’ (‘Invisible’, ‘Joyride’ and ‘Gravity’). Matt definitely did not lose any energy or enthusiasm throughout the evening. Also accompanying Mark Reilly, was the dazzling and charming Clarissa Land (Chrystal Fighters, John Legend, Laura Mvula), who, at times, reminded fans of the former singer Basia Trzetrzelewska. 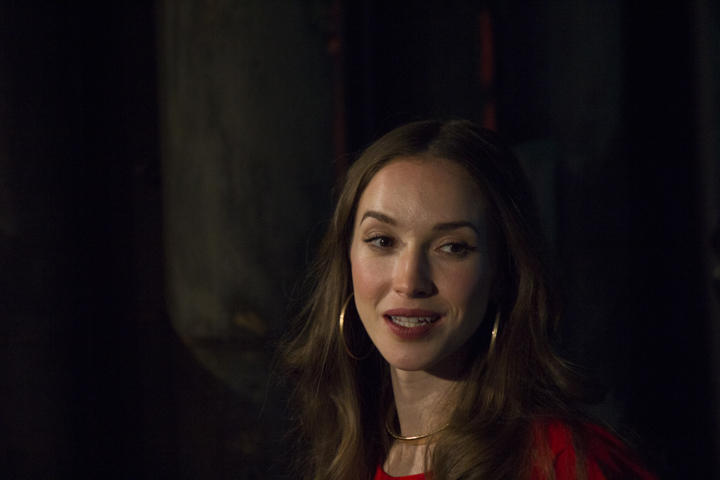 The fans immediately accepted their obvious and recognizable style, which has remained constant over the years. The songs off of ‘Gravity’ could have come from any of the older albums. However, there was a sigh of relief, in the venue, when ‘Whose Side Are You On’ was played some 15 minutes into their musical set. The trumpet solo by Martin Shaw (Sting, Jamiroquai, Natalie Cole) turned the song into a real crowd favorite, which could have gone on forever. 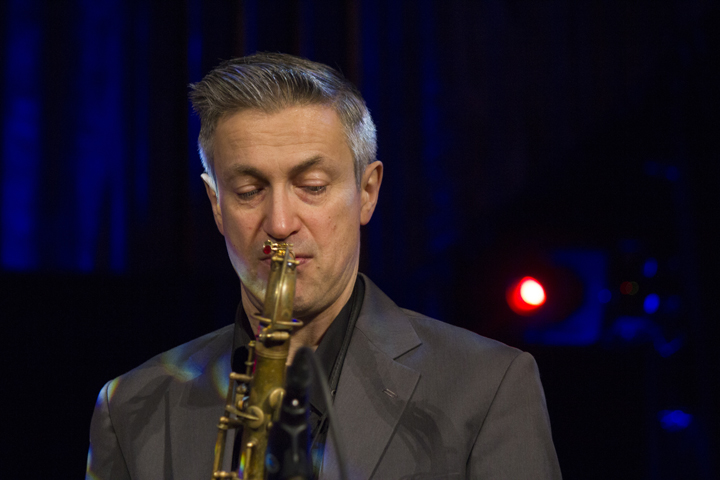 Other big hits, like the slow jazz ‘More Than I Can Bear’, ‘Half A Minute’ which featured a clear voiced of Clarissa and the keyboard stylings of Rob Barron (Bryan Adams, Vanessa Mae, Jay-Z, Kanye West), ‘Do Not Blame It On That Girl’ in which the horn section, consisting of aforementioned Martin Shaw and saxophonist Dave O’Higgins (Jamie Cullum, Mezzoforte) were sung, along with the entire hall. 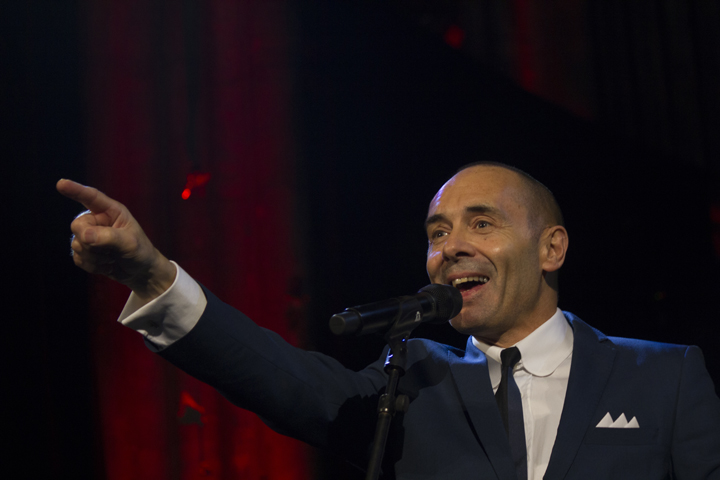 The new songs, along with the older ones, made a good and solid set list. The songs ‘Paradise’, ‘Heart In Chains’ and ‘Solace’ from the new album certainly do not have hit potential, like their 80’s offerings enjoyed. The encore showcased this as well, a good balance of new and old songs. ‘Before It’s Too Late’ and ‘Summer In The City’ continue to prove that authentic Latin swing is ever present with Mark Reilly and his band. The mysterious and intriguing sounds the band offers, is very much present on ‘Gravity’. 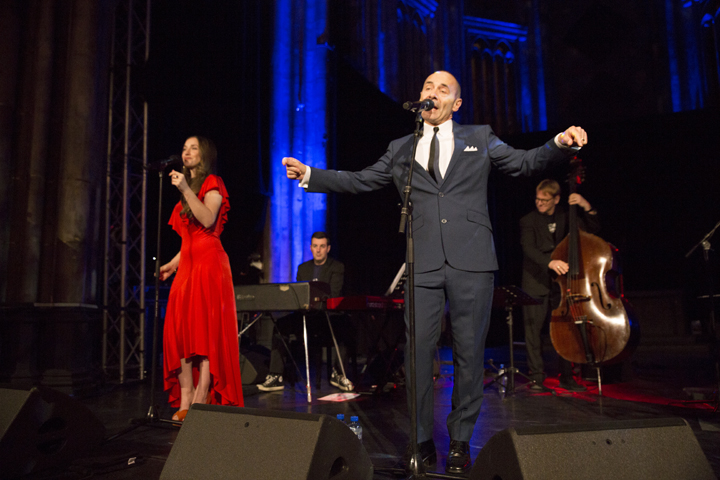 It is not a stretch to say the band will pick up new fans from these new songs, as well please their current fan base. While drummer Sebastiaan de Krom and double bass player Geoff Gascoyne (both from the band of Jamie Cullum) were able to stamp their genius during the concert as well. The night ended with one of their biggest hits, ‘Yeah Yeah’, with the lyric “Yeah Yeah” sung by the entire audience! Then the band exited the stage, leaving Matt and his fans, for his encore.

‘Get Out Of Your Lazy Bed’ the band truly sent the Bossche audience into the cold January evening. With a perfect mix, Matt Bianco played nearly all of his entire new album ‘Gravity’, interspersed with the big old hits. The British band clearly showed that they were in charge and forging ahead. Eighties music is here to stay and so is Matt Bianco! 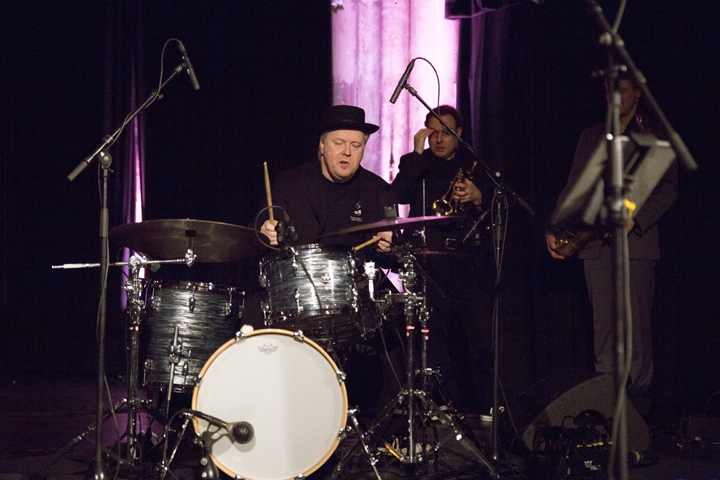