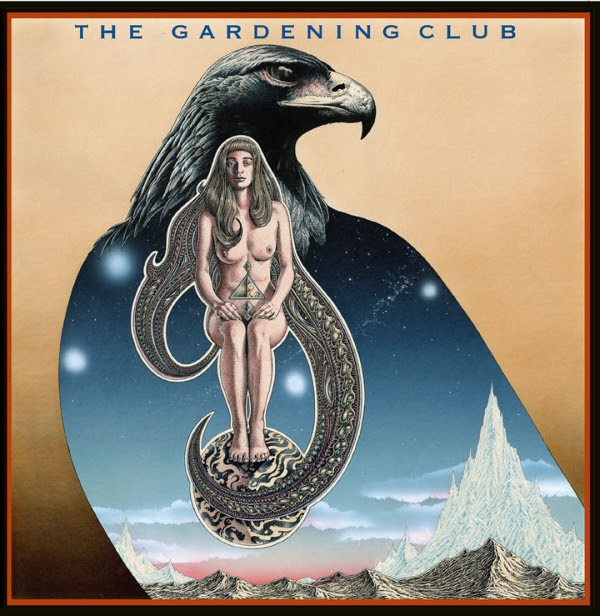 Gonzo Multimedia has reissued the debut album by the Gardening Club! Originally released in 1983, this Prog influenced record was “the right album at the wrong time.” It has now been re-released with an additional five studio tracks complementing the albums original twelve tracks.

Says Martin, “I am thrilled that this music is finally seeing the light of day. I felt at the time that it was special, the perfect marriage of my art and music, influenced as I was by all the classic Prog music of my youth, and the wonderfully over the top and imaginative packaging. I have been in Canada for many years now, but as many listeners have told me, I have retained my ‘English sound.’”

“The record sounds like the ‘70s; channels the aesthetic and narrative attributes of Middle Ages poetry and art; was released during the heyday of futurist pop, and is now being reimagined more than 30 years later.” – Jeff Low, Broken Pencil

“Now this is that classic prog rock sound that we all love so deeply and dearly…Just a gorgeous, inimitable, eternal album, that deserves to live forever.” – Julian Ryan, Discogs.com

Martin Springett was born in the U K but moved with his family to Canada in 1965. In 1969 in Vancouver he recorded an album of settings of Tolkien’s poems from Lord Of The Rings and the Hobbit. Alas, Christopher Tolkien did not allow the record to be released. Martin played in bands and toured in Canada and the U S, but returned to England in 1971 to seek a record deal. He toured in Europe with a band called Gateway Driver, based in Hanover. Upon returning to Canada, a move to Toronto meant entering a new musical landscape and a Vancouver pal, Don Geppert, now a respected engineer in the Toronto music scene worked with Martin on an LP called The Gardening Club, which was released in 1983. Martin has continued to write create and record music in the intervening years, releasing six independent CD’s.

Martin and his band mates, Norm Macpherson, producer and guitarist, and James Macpherson, drums and synths, recently completed a new Gardening Club album called The Riddle. Martin is now putting the finishing touches to the art that will accompany this record.