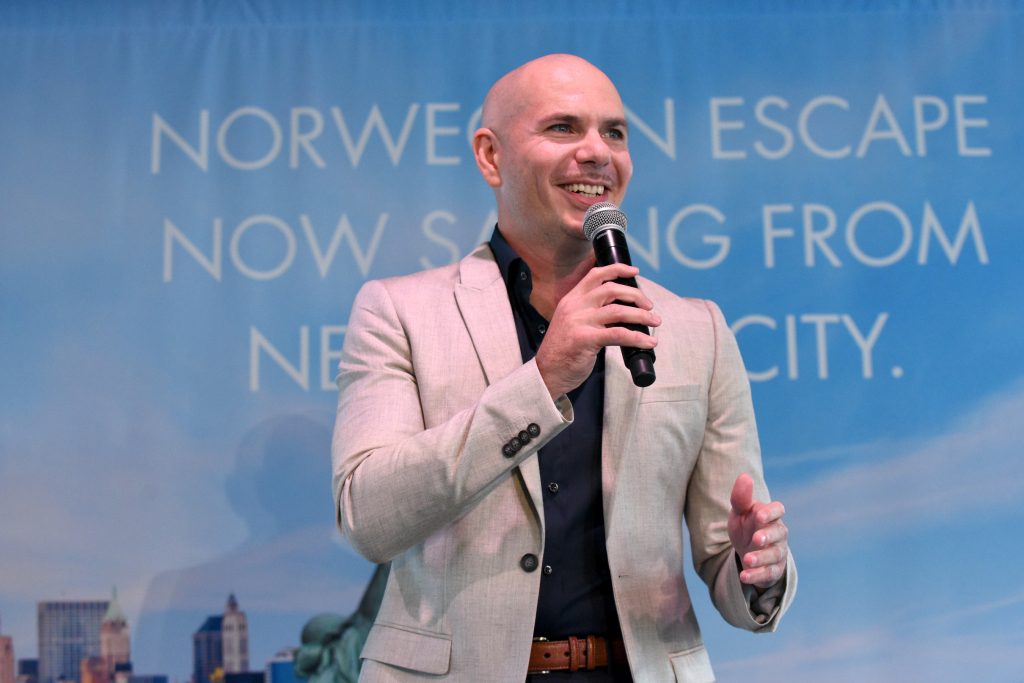 Norwegian Escape’s Godfather and international music star, Pitbull, made a special appearance with Norwegian Cruise Line President and Chief Executive Officer Andy Stuart at PHD Rooftop Lounge at Dream Downtown in New York to celebrate Norwegian Escape coming to homeport in the Big Apple in Spring 2018. The afternoon kicked off with guests enjoying delicious bites from Norwegian Escape’s culinary outposts, sipping on cocktails crafted from Pitbull’s very own vodka, Voli, and sampling a selection of Michael Mondavi Family Wines. Guests were able to “walk the plank” in a virtual reality segment of the largest ropes course at sea and pose for sharable photos with the ship’s celebrity Godfather Mr. Worldwide. The exclusive afternoon was topped off with an electrifying performance from For the Record: The Brat Pack™, one of Norwegian Escape’s award-winning Broadway-style shows. Norwegian Cruise Line President and CEO Andy Stuart and Pitbull took to the mic to say a few words to the guest and toast to the beautiful ship, Norwegian Escape, as well as discuss their joint support for Hurricane relief efforts in the Caribbean.

When Norwegian Escape arrives to her new homeport in Manhattan next year, she will sail seven-day cruises to Bermuda during the summer months and seven-day cruises to Canada & New England and the Bahamas & Florida as well as a selection of longer cruises to the Western and Southern Caribbean during the fall/winter 2018/2019 season. Norwegian Escape will be the brand’s largest ship to ever homeport from New York City at 164,600 gross tons and 4,266 guests. Norwegian Cruise Line has been homeporting year-round from the Manhattan Cruise Terminal since 2003.