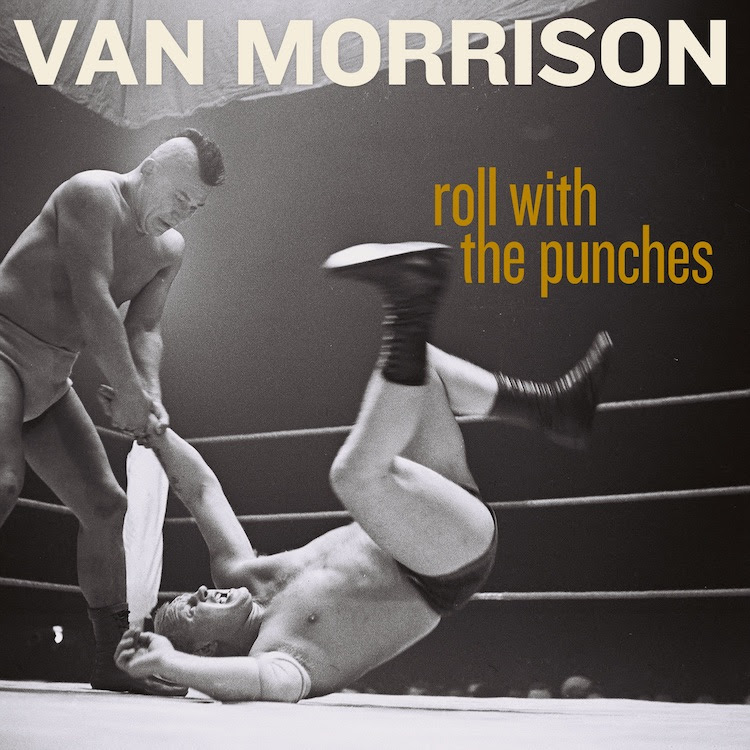 Van Morrison – one of British music’s few true legends – releases his new 15 track album today. ‘Roll With The Punches’ – Van Morrison’s 37th studio album – sees him simultaneously hand-picking a selection of rhythm and blues classics (by the likes of Bo Diddley, Mose Allison, Sister Rosetta Tharpe and Lightnin’ Hopkins among others) and recording a set of new self-written songs. It’s an album that features raw, intimate interpretations of some of the cornerstones of rock’n’roll alongside five new numbers by one of our most consistently brilliant recording artists.

‘Roll With The Punches’ was produced by Van Morrison and recorded with an incredible team of studio collaborators including Chris Farlowe, Georgie Fame, Jeff Beck, Paul Jones and Jason Rebello.

Van commented: “From a very early age, I connected with the blues. The thing about the blues is you don’t dissect it – you just do it. I’ve never over-analysed what I do; I just do it. Music has to be about just doing it and that’s the way the blues works – it’s an attitude. I was lucky to have met people who were the real thing – people like John Lee Hooker, Jimmy Witherspoon, Bo Diddley, Little Walter & Mose Allison. I got to hang out with them and absorb what they did. They were people with no ego whatsoever and they helped me learn a lot.”

“The songs on Roll With The Punches – whether I’ve written them or not – they’re performance oriented. Each song is like a story and I’m performing that story. That’s been forgotten over years because people over-analyse things. I was a performer before I started writing songs and I’ve always felt like that’s what I do.”