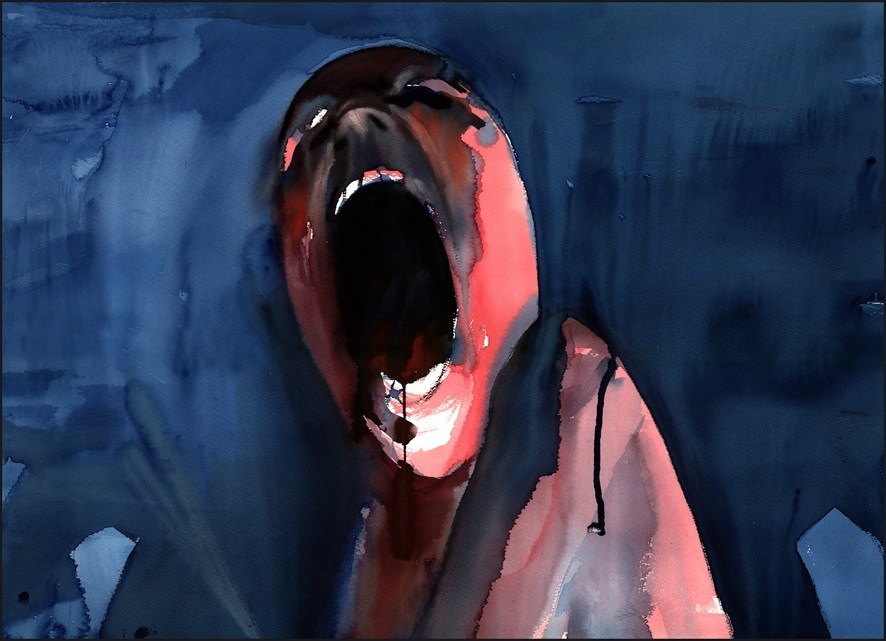 During July 2017, San Francisco Art Exchange LLC (SFAE) will premiere one of the most valuable collections of rock and roll artwork to ever be offered for sale, hand-selected by artist Gerald Scarfe from Pink Floyd’s 1982 masterpiece The Wall. Scarfe, at age 80, has never before offered the artwork and collectors from around the world are expected to be flying into San Francisco for this historic first time event. The public exhibition opens in July; Scarfe and his wife Jane Asher will appear at a private reception on July 8 (contact the gallery for details: 415-441-8840); a private media reception with Scarfe on July 7 will be announced shortly.

Epic in scale and steeped in rock history, these treasured artworks are ideal for individual, corporate, and institutional collectors. Due to the extensive distribution of the imagery via album, live performances, music videos, and the film (along with the accompanying publicity), the artworks offered are among the most instantly recognizable and significant in pop culture history.

The show will present more than $5 million of the most recognizable artworks over a broad price range related to Pink Floyd’s The Wall movie, all by Scarfe. A full digital catalog is available for interested collectors. All those who acquire artwork will be guaranteed access to the opening event.

Early word has quickly riveted the public’s attention, and more than $2 million of Scarfe’s masterworks have already been sold by the gallery. The sale marks the highest-ever single sale of classic, album-related, original art of Rock and Roll.

Artworks included in the exhibition are: The Scream, The Terrifying Mother, The Teacher, along with more than 20 other unforgettable classics. Also for sale is the monumental painting of the Giant Judge and the Marching Hammers, which is currently on loan to the Victoria and Albert Museum in London for the Their Mortal Remains exhibition of over 300 items of iconic Pink Floyd artifacts and original artwork, May 13, 2017 – October 1, 2017. The exhibition is reported to be the largest in the museum’s history.

The Wall album topped Billboard charts for 15 weeks, and in 1999 was certified 23x Platinum. It remains one of the best-selling albums of all time, selling over 19 million copies between 1979 and 1990 in the US alone. The film was critically acclaimed when it was released in 1982 and won BAFTAs for Best Original Song and Best Sound. Scarfe developed the film’s entire visual environment before the project began and his characters became a mixture of live-action and animated imagery, all of which played an integral role in the surreal narrative.