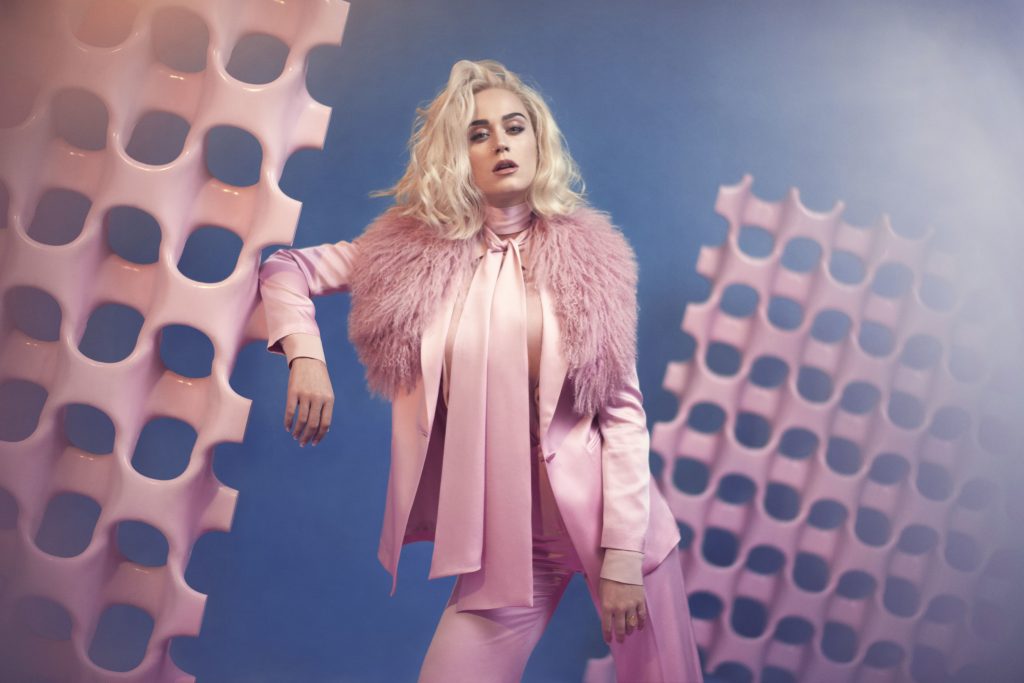 Katy Perry released “Chained to the Rhythm,” the first single from Katy Perry’s forthcoming album. She will perform the song live for the very first time at the 59th Annual GRAMMY Awards, which will air on CBS this Sunday, February 12, at 8:00 p.m. ET/5:00 p.m. PT. Katy co-wrote “Chained to the Rhythm” with Max Martin, Sia Furler, Ali Payami and Skip Marley.

Katy Perry’s cumulative streams now exceed 18 billion worldwide and she is the most-followed person globally on Twitter. She made her Capitol Records debut with 2008’s One of the Boys and cemented her status as a global superstar with the follow-up album, Teenage Dream (2010). PRISM, her 2013 album, debuted at No. 1 on iTunes in 100 countries and has sold more than 12.5 million adjusted albums worldwide. With the singles “Firework” and “Dark Horse” each surpassing the 10 million threshold including song sales and streams, Katy is the first female artist to earn two RIAA Digital Single Diamond Awards. Cumulatively, she has sold more than 40 million adjusted albums and over 125 million tracks worldwide. Katy played to a total of two million people on the sold-out, 151-date Prismatic World Tour and headlined the Super Bowl XLIX halftime show, which set a record as the most-watched Super Bowl halftime show ever.