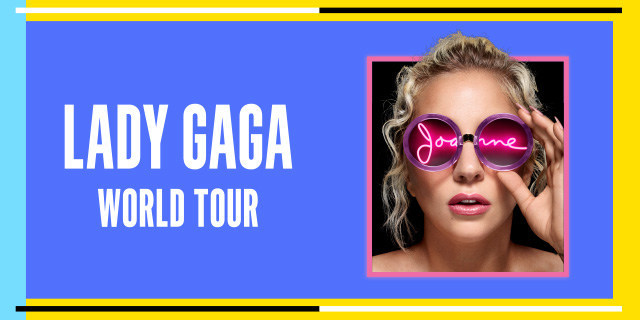 Lady Gaga will be traveling the globe with the ‎Joanne World Tour starting on August 1st in Vancouver, BC and September 22nd in Barcelona with a series of concert dates throughout Europe and the UK before returning to North America in November and December this year.

Grammy and Golden Globe winner and Academy Award-nominated Lady Gaga is a one-of-a kind artist and performer. She has amassed an outstanding 30 million global album sales and 150 million single sales, making her one of the best-selling musicians of all time. Gaga is also one of the biggest living forces in social media with over 61 million likes on Facebook, over 65.1 million followers on Twitter and over 21.3 million followers on Instagram. Her fifth studio album “Joanne” was recently released and debuted at #1 on the Billboard Top 200, marking her 4th consecutive #1 album – the first female to do so in the 2010s.

Tickets for Lady Gaga Joanne World Tour are on sale Friday, February 10th in Barcelona, Paris, Zurich, Hamburg, Berlin and Koln. Tickets go on sale Monday, February 13th for the first leg of the North American performances as well as the balance of the European dates. Tickets for the second leg of the North American Tour will go on sale on Monday, February 20th. All arena performances in North America & Europe will feature general admission on the floor, the 4 North America stadium shows have reserved seating on the floor with reserved seating in all venues in the stands. There will be a ticket limit of 8 tickets per transaction for all first day sales.