With over 1.1 million tickets sold in 24 hours, U2’s highly anticipated The Joshua Tree Tour 2017 has added three North American dates due to overwhelming demand, in addition to the previously announced four new dates added in London, Rome, Paris and Amsterdam. 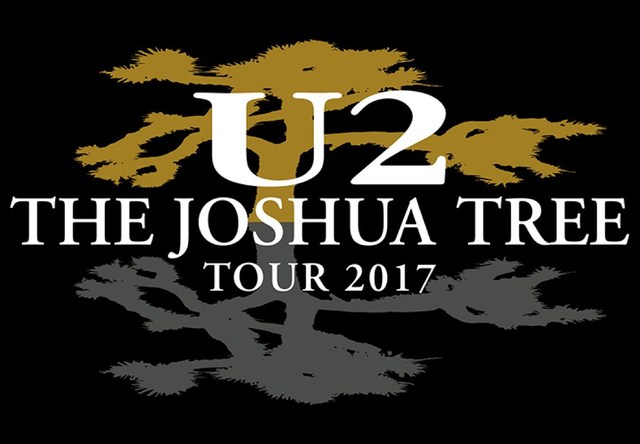 On Monday, the tour’s entire UK/Europe stadium run sold out in one day. In North America, Live Nation has also confirmed sold out performances in Los Angeles, Seattle, Santa Clara, Dallas, Chicago, Miami, Philadelphia, Washington, Boston, E. Rutherford, Cleveland, Vancouver, and Toronto. Due to demand, additional and final shows have now been announced in May 21st at the Rose Bowl in Los Angeles, June 29th at MetLife Stadium in E. Rutherford, and June 4th at Soldier Field in Chicago.

Every show will include a performance of The Joshua Tree in its entirety, with support from one of a number of special guests including Mumford & Sons, OneRepublic and The Lumineers in North America and Noel Gallagher’s High Flying Birds in Europe.

Tickets for the U2: The Joshua Tree Tour 2017 additional dates in Los Angeles, E. Rutherford, Chicago, London, Rome, Paris and Amsterdam are on sale Monday, January 23rd. Ticket prices start at $35.00 / €35.00 / £35.00 with general admission floor tickets at $70.00 / €70.00 / £70.00. There will be an exclusive priority presale for U2 Subscribers at U2.com starting Wednesday, January 18th (9am) through Friday, January 20th (5pm) local times for U2.com subscribers who may have missed out on the previous presale opportunity along with new subscribers. There will be a 4 ticket limit for subscriber purchases and a 6 ticket limit commencing with public sales. In North America, all floor tickets will be paperless unless otherwise noted.

U2: The Joshua Tree Tour 2017 will kick off in Vancouver on May 12th for a run of dates across North America and Europe, and will include U2’s first ever U.S. festival headline appearance at the Bonnaroo Music & Arts Festival this summer, as well as a hometown show in Dublin’s Croke Park on July 22nd.