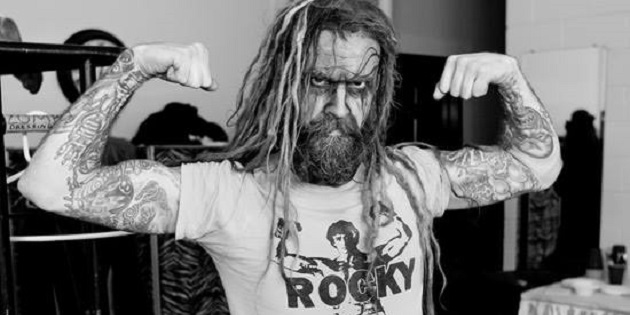 The Zombie Horror Picture Show, available on Blu-ray, DVD and longform digital video, puts the viewer at the centre of the hot and nasty action for a blistering set of 16 Rob Zombie classics, including “Dragula,” “Dead City Radio and the New Gods of Super Town,” “Living Dead Girl,” “More Human Than Human,” and the crushing cover of Grand Funk Railroad’s “We’re An American Band” from the seven-time Grammy® nominee’s U.S. Top 10 2013 album, Venomous Rat Regeneration Vendor.

To support the release of The Zombie Horror Picture Show, Rob Zombie is set to tour Europe across June and July. The 2014 dates are Zombie’s first European dates since 2012. That year saw Zombie also dominate the touring world, blowing away audiences on the road with Megadeth, then with Marilyn Manson for the “Twins of Evil Tour”, where Zombie and his band of maniacs brought their hair-raising theatrics, insane guitar riffs and vicious beats all around the world. 2014’s European run is set to cement Rob Zombie’s reputation as one of the most exciting and essential live touring acts.

In 1997, after the breakup of his multi-platinum group White Zombie, Zombie went on to achieve even greater success as a solo artist with several more multi-platinum and gold albums including Hellbilly Deluxe, The Sinister Urge and Educated Horses.

As a rock icon and filmmaker with a unique vision, Rob Zombie has continuously challenged audiences as he stretches the boundaries of his music and films. Zombie has sold more than fifteen million albums worldwide, and is the only artist to experience unprecedented success in both music and film as the writer/director of six feature films with a worldwide gross totaling more than $100 million.