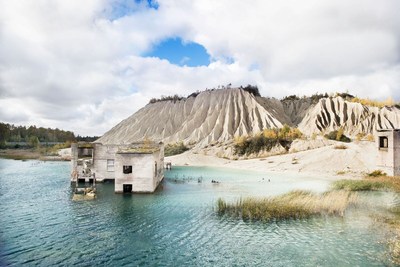 The electronic music festival “Into the Valley” has for two years attracted visitors from all around the world up to Dalhalla in Sweden. In 2017, the festival will be held in the new amazing place: an underwater prison of Rummu in Estonia, outside Tallinn.

Moreover, new festivals “Into the Factory” (Stockholm Couty, Sweden) and “Into the Castle” (Cape Town, South Africa) are revealed. All together, six new festivals will be established by 2019. These new experiences are arranged by “Music Goes Further” promo group and are based on seven key principles: unique locations, advanced electronic music, pioneering technology, innovative art, food and bar architecture, holistic awareness and social equality.

Rummu, there Into the Valley takes place, has unique history. Since the late 1930s, it functioned as a limestone quarry, founded alongside with the Soviet prison Murru, in purpose of mining of limestone and marble. Following the dissolution of the Soviet Union in 1991, the mine has been closed and the quarry soon enough became a quarry lake. Some parts of the prison, mining machinery and equipment were covered by crystal clear water.

Since few years back the prison was also closed and the quarry was abandoned, becoming an attractive place for hikers, scuba divers, bikers, photographers, and film-makers because of its unique landscape. There are rumours that the former prison used to be the one of the worst of its time, promoters however believe that it is now time for music and joy to seize the place and update the history.