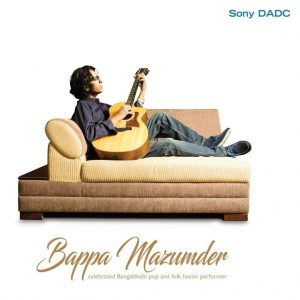 Bappa Mazumder, one of the most celebrated pop/fusion singers and a leading lyricist and composer from Bangladesh, famous for his romantic compositions, has come up with his self-titled album under the banner of Artist Spread, the biggest platform for independent music in Bangladesh.

In his 25-year long illustrious career, this is the first time Bappa Mazumder has released a self-titled album. The album contains four tracks where the prodigy – who won the hearts of Bengali music lovers ranging from semi-classical to folk to mellow rock – has experimented with different genres.

As the album goes global, Bappa has chosen the first song to be a traditional Baul song which is titled ‘Je Beyatha ‘. On this note Bappa says, “This is a very old Baul folk song and I thought such a song represents the root of Bengali folk music. However, I have also infused western instruments and styling in the composition so people from around the world can relate to it too.”

His love for Baul music has been reflected in another track ‘Deher Agun’, yet he manages to keep the compositions and styles of rendition completely divergent from one another. A romantic ballad ‘Nihshongota’ and a signature-style romantic number titled ‘Moner Biggapon ‘ are other numbers part of the album. The sound is fresh and the music grows on the listener every time it is heard.

Bappa Mazumder’s talent runs deep, who, as a son, carries the heritage of two classical music maestros of the sub-continent, Ustad Barin Mazumder and Ila Mazumder. This album marks the start of Bappa’s journey to the international music scene with potential and promises to deliver much more in the coming days.

Sony DADC is releasing the album worldwide, which will make it available on worldwide digital streaming, downloading platforms and on leading Indian telecom platforms. The physical CD will also be available in top retail stores in India and Bangladesh along with Indian e-commerce sites.