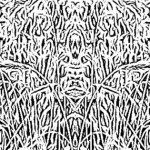 Floris van Manen has been a drummer and co-founder of the first dutch pop group in the 70s singing in their native language only. Our contact with him dates back to the beginning of the 80s when Smalts members attended Sonology lectures of Van Manen in Utrecht. Followed by Van Manen recording, on a very early sunday morning Smalts – Werktitels (Plurex 0028 / BP049), at the Amsterdam Sweelinck Conservatorium.

Under VM Van Manen released for Blowpipe so far: Mixx for Unintended Backgrounds (BP034) and VM – Horizon (BP023) with a new one: Rogge (BP074) coming up. Release of Rogge will be Friday September 12