Adele and The Weeknd will have a Happy Holiday. Today, SoundExchange released Top 20 Charts for the most-streamed artists, tracks and breakout artists of 2016.

All three artists – Adele, The Weeknd and Drake – had an incredible year fueled by releases with broad appeal.

“We want to congratulate all the recording artists on our charts. If 2016 was the year of streaming, then all of these artists can be very proud of what they achieved over the past 12 months,” SoundExchange President and Chief Executive Officer Michael Huppe said.

The charts are based on data provided to SoundExchange from more than 2,800 digital radio services. The recordings featured were played between October 1, 2015, and September 30, 2016. For an artist to qualify as a “Breakout Artist,” that artist must have earned 99% of their total SoundExchange royalties (of all time) in the 12-month period ending September 30, 2016. 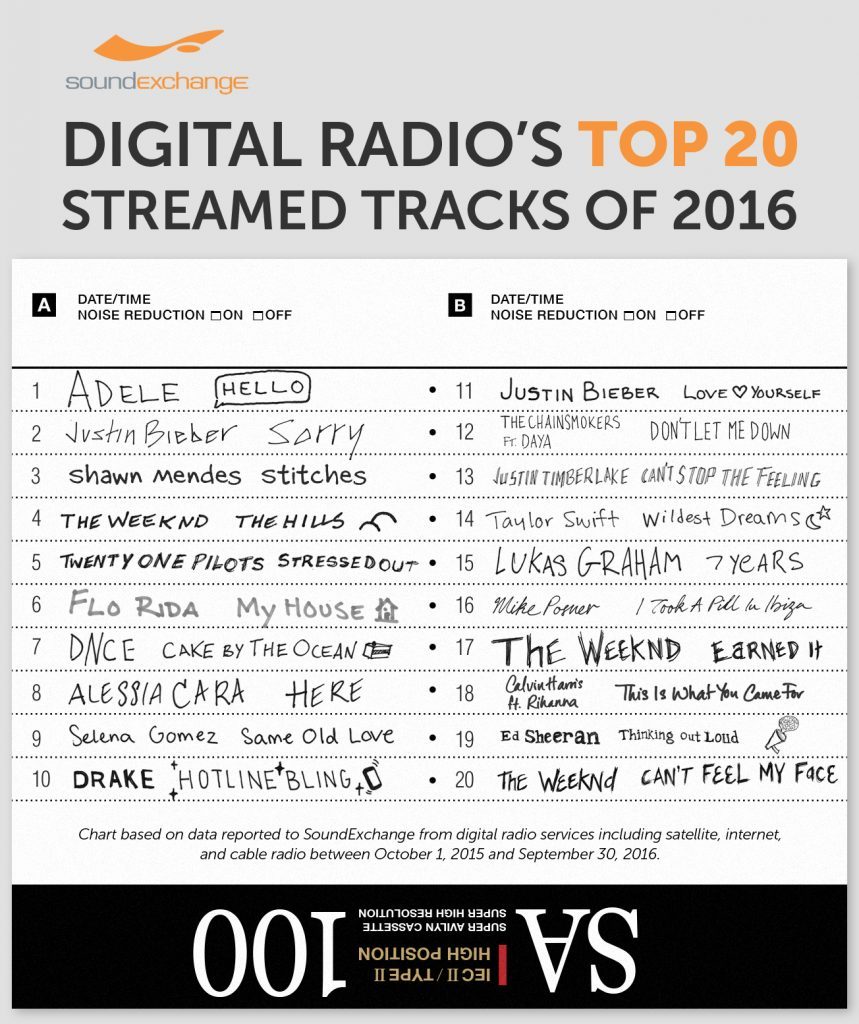