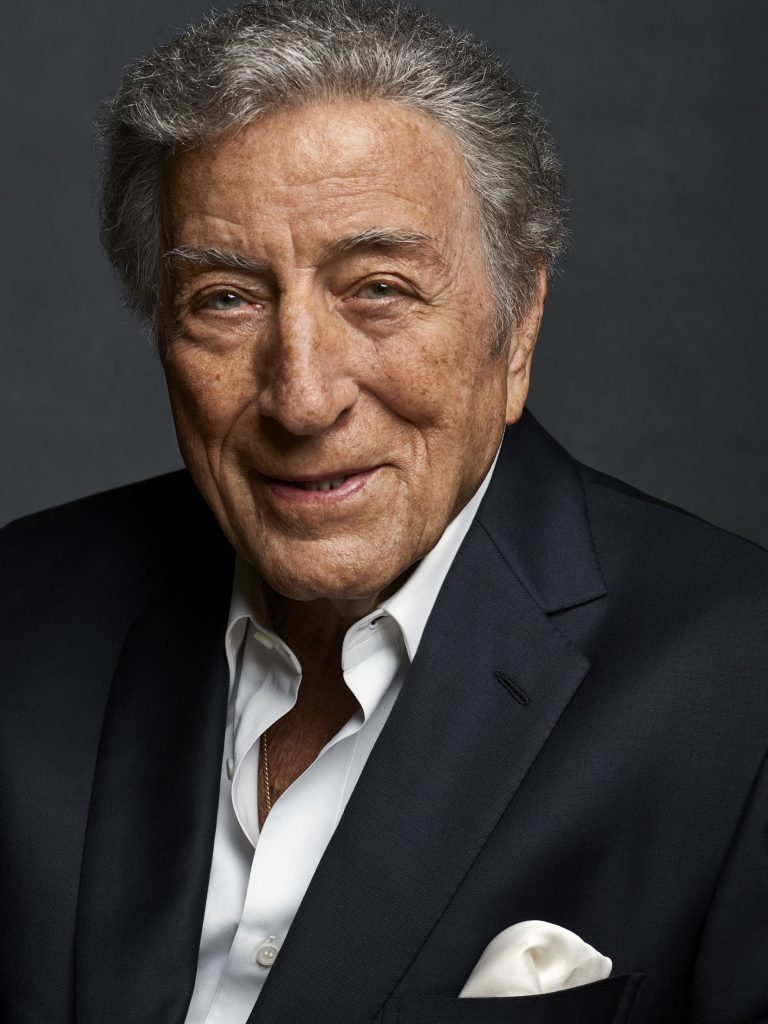 The special was filmed in front of a live audience at Radio City Music Hall on September 15th and features performances by Lady Gaga, Stevie Wonder, Michael Bublé, Andrea Bocelli, Kevin Spacey, Tony Bennett and many others. Additionally, performances by Billy Joel and Elton John were taped at alternate locations and will appear in the broadcast and on the CD. The CD also includes an extended 28-page booklet featuring appreciation essays contributed by President Bill Clinton, Martin Scorsese, Harry Belafonte, Johnny Mandel, Bill Charlap and Everett Raymond Kinstler. All pre-orders will include an instant grat track of Tony’s recording of “I Got Rhythm” from the CD.

“Tony Bennett Celebrates 90: The Deluxe Edition” is a 3 CD set that is an Amazon exclusive, which includes the standard CD as well as two additional CDs featuring rare and previously unreleased studio and live performance tracks of Tony’s throughout his career. The set also includes a 28-page booklet with a comprehensive decade-by-decade account of Tony’s life and career written by Will Friedwald.

In addition to the new CDs and NBC special, Tony’s fifth book, JUST GETTING STARTED, will be released on November 15th. Bennett collaborates with renowned journalist Scott Simon to celebrate the people and places who have helped, influenced and steered him along the way, among them his parents, Frank Sinatra, Duke Ellington, Ella Fitzgerald, Lady Gaga, Pablo Picasso, the city of San Francisco, among others. JUST GETTING STARTED also features over 80 color images of Tony’s original artwork and is being released by HarperCollins.

Tony Bennett will also be performing in the Macy’s Thanksgiving Day Parade, which also celebrates its 90th Birthday this year and “Christmas in Rockefeller Center” both airing on NBC on November 24 and 30th, respectively.

TRACK LISTING FOR TONY BENNETT CELEBRATES 90: (STANDARD)
1. THE LADY IS A TRAMP/Lady Gaga
2. THE GOOD LIFE /Michael Bublé
3. AVE MARIA/Andrea Bocelli
4. AUTUMN LEAVES /Leslie Odom Jr.
5. I’VE GOT THE WORLD ON A STRING /Diana Krall
6. NEW YORK STATE OF MIND/Tony Bennett and Billy Joel
7. I CAN’T GIVE YOU ANYTHING BUT LOVE /Rufus Wainwright
8. A KISS TO BUILD A DREAM ON/k.d. lang
9. VISIONS /Stevie Wonder
10. LA VIE EN ROSE /Lady Gaga
11. CAN YOU FEEL THE LOVE TONIGHT/Elton John
12. THE VERY THOUGHT OF YOU / IF I RULED THE WORLD MEDLEY/Kevin Spacey
13. WHO CARES?/Tony Bennett
14. THE BEST IS YET TO COME/Tony Bennett
15. I LEFT MY HEART IN SAN FRANCISCO/Tony Bennett
16. I GOT RHYTHM/Tony Bennett
17. HOW DO YOU KEEP THE MUSIC PLAYING?/Tony Bennett
18. HAPPY BIRTHDAY/Stevie Wonder