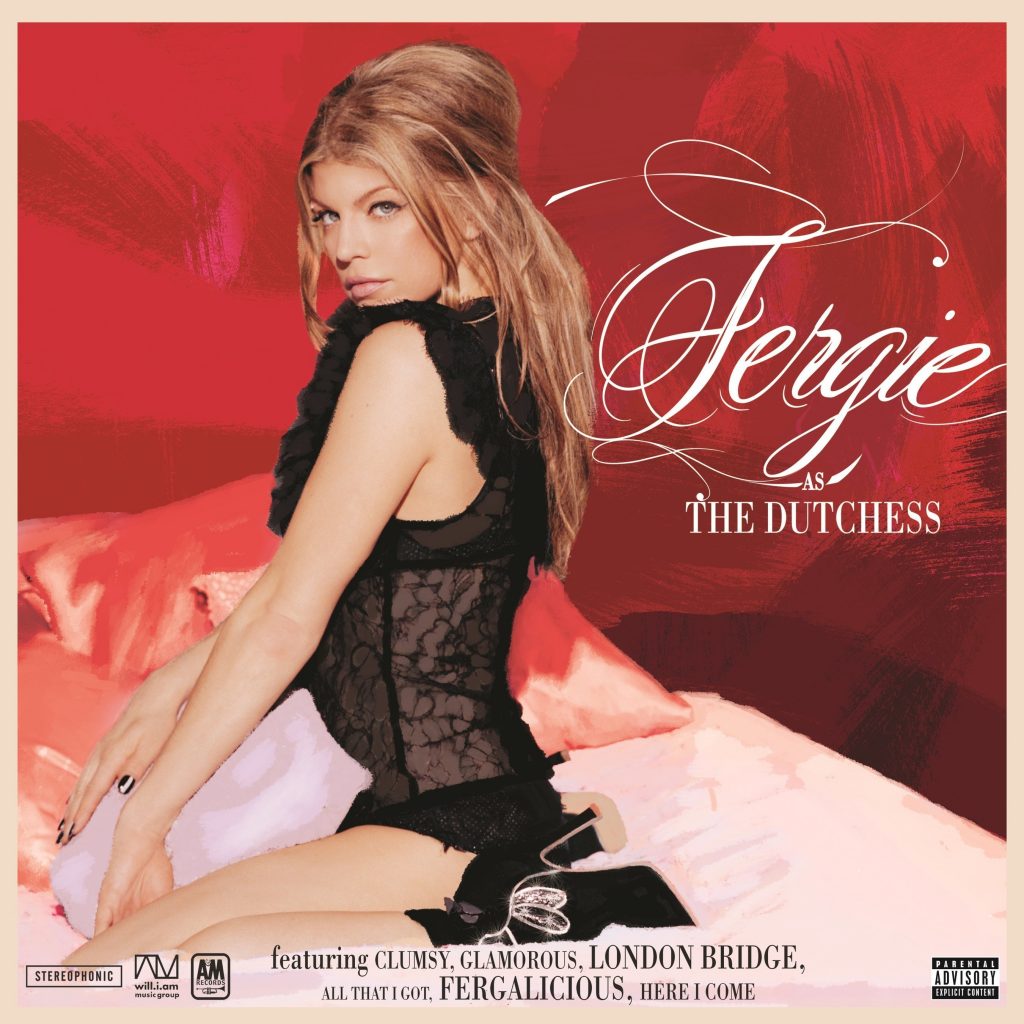 ‘The Dutchess’, the debut album by Fergie, was released in the U.S. on September 13, 2006. Universal Music Enterprises will mark its 10th anniversary milestone with a two-LP-edition of the original album, available December 2, 2016.  ‘The Dutchess’ is one of this century’s seminal pop music achievements and this reissue marks the first time it will be made available on vinyl.

The autobiographical album offered what Fergie called at the time “a deeper looking into who I am… eclectic, but I’ll get to experiment with more of the different sounds of my voice.” Much of it was recorded while Fergie was on tour with the Black Eyed Peas with the album’s co-executive producer will.i.am (with Ron Fair and DJ Mormile), though many of the songs were written over a seven-year period before she joined the band.  The album also featured cameos from Ludacris (“Glamorous”), Rita Marley and the I-Threes (“Mary Jane Shoes,”) John Legend (“Finally”) and will.i.am (“Fergalicious,” “All That I Got [The Make-Up Song],” and “Here I Come”).

The album’s impact continues to be felt to this day. “Big Girls Don’t Cry” was nominated for a GRAMMY® for Best Female Pop Vocal Performance, and its stylistic mix – featuring electronica, hip-hop and dance (“Fergalicious”), neo-girl-group pop (“Clumsy”), reggae (“Voodoo Doll”), ska-punk (“Mary Jane Shoes”) and R&B/Pop (“Glamorous”) – proved prescient.  Along with the autobiographical themes of battling drug addiction (“Voodoo Doll”), dealing with fame and celebrity (“London Bridge”) and wanting to be loved for herself, not just how she looks (“All That I Got [The Make-Up Song]),” The Dutchess offers a glimpse into the real Fergie.

Reassessing the album two years ago, Billboard’s Jason Lipshutz noted: “It is a monster hit by any metric, as well as an underrated pop pastiche that introduced the world to a fearlessly individual female artist that had been hiding in plain sight. It arrived, it conquered and it still has no upshot… It’s a weird, wild debut, and one of the most successful of this century. Fergie deserves retroactive praise for an uncompromising first look.”