Roy’s Boys LLC, the Nashville-based company founded by the sons of Roy Orbison to administer their late father’s catalog and safeguard his legacy, has teamed up with Legacy Recordings, the catalog division of Sony Music Entertainment, to release Roy Orbison – The Ultimate Collection. The 26-track anthology, out October 28, will be available as a single CD and as a double vinyl LP set, spans four decades, from his start at Sun Records in the mid 1950s, all the way through his massive comeback in the late ’80s. The collection chronicles Orbison’s work both as a solo artist and with supergroup Traveling Wilburys until his tragic death at the age of 52. The Ultimate Collection marks the first time ever that any Roy Orbison compilation album has incorporated tracks from all of the aforementioned sources. 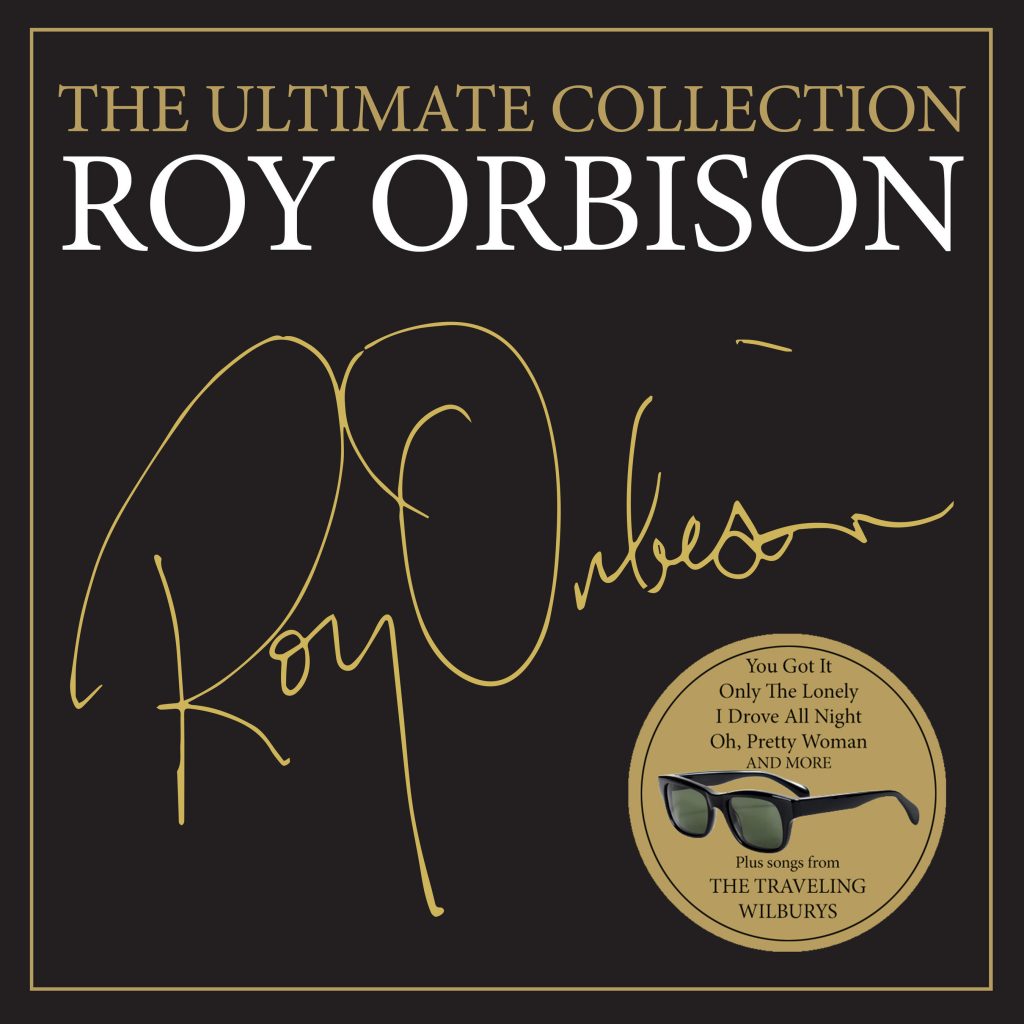 Roy’s son, Alex Orbison, painstakingly selected songs that were most representational of his father’s vast catalog, which totals 27 studio albums, four live albums, and over 60 singles, 22 of which placed in the U.S.Billboard Top 40 chart. Narrowing it down was no easy task. “It is a great honor for me and my brothers, Wesley and Roy Jr., to finally and definitively distill our father’s entire career onto a single disc as best one can possibly do and, certainly, as never done before,” said Alex. “It is the result of years of research, archiving and listening, and it is with supreme and heartfelt pleasure that we will be able to share it with the world.”

Born in north Texas and raised in the western part of the state, Roy Orbison first made his mark on the national music scene when he recorded for Sam Phillips’ fabled Sun Records in 1956. It was during this era that the label was the launching pad for the careers of Elvis Presley, Johnny Cash and Jerry Lee Lewis. Orbison connected with the rockabilly flavored “Ooby Dooby” for Sun, but his truly significant commercial breakthrough came with his string of hits on the Monument label, starting in the early ’60s.

Around this time Roy adopted his trademark sunglasses and performed ballads and rockers with equal aplomb. He toured constantly both in the US and abroad, including a UK tour on which he headlined over the Beatles.  Top 10 hits of the era included “Crying,” “Only The Lonely,” “In Dreams,” “Dream Baby,” the number one single “Running Scared” and the massive international chart topper, “Oh, Pretty Woman,” all of which are represented on The Ultimate Collection.  The set also includes “Love Hurts,”

Starting in 1965, Roy Orbison’s eight-year stint with MGM Records continued to yield hits, particularly overseas. Among these present on The Ultimate Collection are “Walk On,” “Crawling Back,” “Ride Away” and “Too Soon To Know.” These came out at the most emotionally turbulent time in Roy’s life, when his wife Claudette died in a motorcycle accident and his sons Roy DeWayne Orbison and Anthony King Orbison perished in a house fire.  Towards the latter part of this period he met and married the German-born Barbara Anne Marie Wellhöner Jakobs, who is the mother of Roy Jr. and Alex.

After Roy’s career went through a fallow spell, David Lynch’s showcasing of his music in the surreal 1986 filmBlue Velvet sparked new interest in the icon. By the following year, Roy’s career was in the midst of a renaissance, which led to his celebrity-studded live television concert special A Black & White Night. Taken from that performance is “Claudette,” a song written by Roy about his first wife, that had been a huge hit for the Everly Brothers.

Soon after, a supergroup was formed consisting of Roy and his friends Bob Dylan, Tom Petty, Jeff Lynne andGeorge Harrison with whom he had first bonded back when he toured with the Beatles.  In 1988, the Traveling Wilburys released their debut album that went triple platinum. “Not Alone Anymore” and “Handle with Care” from Traveling Wilburys Vol. 1 are featured on The Ultimate Collection, the first time any of the group’s songs have appeared on a Roy Orbison release.  “It was my favorite thing I ever did,” said Jeff Lynne, referring to “Handle with Care,” who co-produced the album with George Harrison. “I put in all these nice, Roy Orbison-type chords, to make his voice shine even more. I played it to the rest of the group, and they just went, ‘Wow, that’s fantastic.'”

Roy spent much of 1988 recording his solo comeback studio album Mystery Girl, produced by Lynne. In December of that year, he died unexpectedly from a heart attack, ergo the album’s early 1989 release was posthumous. It proved to be a huge commercial success, due in part to the tremendous single “You Got It,” later covered by Bonnie Raitt, as well as “California Blue” and “She’s A Mystery to Me” (written by Bono and the Edge of U2). These tracks are included in The Ultimate Collection, in addition to the later “Heartbreak Radio” (from 1992’s King of Hearts album) and “I Drove All Night,” a song written for Roy by Billy Steinberg and Tom Kelly, but made famous by Cyndi Lauper. Her version was recorded after, but released before, the Orbison original.

“He came from nothing, but he had these amazing gifts and this amazing drive and, of course, that voice,” saidAlex Orbison to journalist Jeff Slate, who wrote liner notes for The Ultimate Collection and is also co-author of the forthcoming authorized Roy Orbison biography. Alex also said of his father, “I think it would be hard to imagine the story if you tried to write it.”

The Ultimate Collection was produced by Alex Orbison, Chuck Fleckenstein and John Jackson, and mastered by Vic Anesini at Battery Studios in New York.