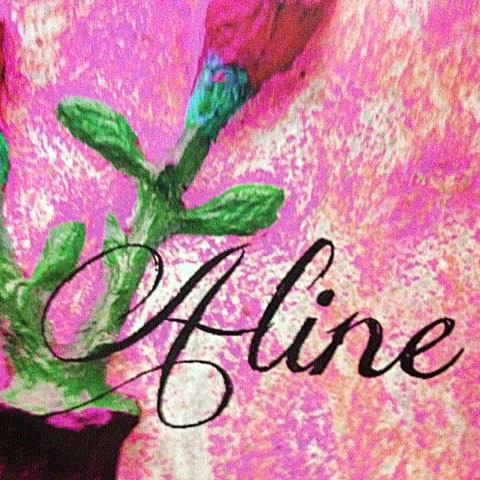 ‘Aline’ is the first solo incursion of composer and musician Cristiano Varisco. It is one of the most welcomed novelties from contemporary Brazilian musical scene, which is dominated mostly by throwaway and disposable artists. Unweaving his musical pieces, the album portraits a recent rupture in Varisco’s existence, that is: the division of his life, between the futile standards of the metropolis, and the inspiring life in the countryside.

The sonorities you’ll find in ‘Aline’ reflect the come and goes of the guitarist, whose daily life is shared between bucolic country ways and the polluted streets and avenues of Porto Alegre. In its 50 minutes, the album travels between styles, sometimes unusual, sometimes traditional: folk, psychedelic, classic, rock, and blues, among other sonorities. In fact, the album is the beginning of The Flower Trilogy, of which the second volume has a very suggestive name: Trilhas Sonoras para Filmes Imaginários (Soundtracks for Imaginary Movies/2014) followed by Lucia McCartney (2015).

In ‘Aline’, there are 16 compositions inclined strongly towards a singular musical gift – rock fusion, as we can say – all signed by Varisco. In its digital grooves, Aline brings new recordings, new versions of old Varisco’s songs, and even more, it reveals signifying influences that Cristiano has incorporated to his work during 20 years of career. You can also find here traditional blues – poisoned, we can say, by a telluric intonation (Ayahuasca Song). One of the top-of-the-cherry features that permeate the album, is the delicious collection of vignettes, noises, random sounds, and hot progressive-based jams – sometime meditative, sometimes contemplative. By the way, the ‘Aline’ girl that lends her name to the album really exists: she’s a young talented illustrator and visual artist that works in the city of Porto Alegre.

One of the topmost moments of the album is, without doubt, the very special appearance of a small vocal group (nomadic pilgrims which, at the time of the recordings, were living in Viamão, a city nearby to Porto Alegre) self-titled “Coro de Música Cósmica Sul-Americana”. Another illustrious presence is the keyboardist Fabricio Carvalho, also known as “Astronauta Pinguim” (who played with Edgard Scandurra, Jupiter Maçã, Daniel Belleza, among others), an enthusiastic researcher of electronic music. In the album, Pinguim plays his Moog and pilots his electronic machines in lysergic vignettes. Some of them has an approach to concrete music (one of these vignettes is the recording of the chant, strange and horrifying, of the Urutau, a rare bird which inhabits the fields of Viamão).

‘Aline’ was recorded in the Summer of 2013, at the studio of the renowned producer Thomas Dreher (Ultramen, Bidê ou Balde, Cachorro Grande). The making of the album was a delicate work, in order to achieve Varisco’s musical dream. In his own words, what was looked for was the “most pure vintage conception”. The production of ‘Aline’ had the splendid support of Guitar Garage music shop (owned by the bluesman Solon Fishbone), that provided the 60’s and 70’s instruments and amplifiers that gives the atypical esthetic that exuberantly resounds throughout the 16 tracks of the album. The producer Thomas Dreher, on his side, brought directly from his private collection rare recording equipments – he brought, for example, the microphones that were used on the caption of sounds and the attainment of timbers – timbers that are special predicates, requiring from the listener accurate attention.

Cristiano Varisco, in addition to lead guitarist, is a graduate in journalism and graduate in music from the Universidade Federal do Rio Grande do Sul. He is, also, a professor of music in public schools, and a music producer and journalist. For a long time he was guitarist for the legendary outsider, musician, and composer Julio Reny. In addition, he has worked along with maestro Tiago Flores (Orquestra de Câmera da ULBRA) as a soloist in Concerts DANA, in 2009. He also accompanied the carioca Ras Bernardo (first vocalist of reggae band Cidade Negra – Rio de Janeiro) in his tours around Rio Grande do Sul and Santa Catarina.