For the first time in over two decades, Pink Floyd Records will begin the reintroduction of the Pink Floyd catalog on vinyl. The first four records to be released on June 3, 2016 include: “The Piper at the Gates of Dawn,” “A Saucerful of Secrets,” the soundtrack from the film “More” and the 2 LP set “Ummagumma.” Pink Floyd Records will reproduce the vinyl catalog throughout the year with release dates being announced at regular intervals. In the meantime, all Pink Floyd records are now available on CD, digital and most streaming platforms.

Special care has been taken to replicate the original packaging. The first set of releases, mastered by James Guthrie, Joel Plante and Bernie Grundman will be pressed on 180gram vinyl for optimum sound quality. 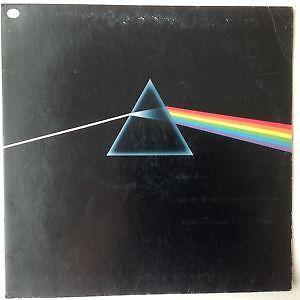 Pink Floyd featuring Syd Barrett, Roger Waters, Rick Wright and Nick Mason first broke onto the music scene in 1967, with the hit single “Arnold Layne.” Despite the departure of Syd Barrett, the group, which now included David Gilmour, recorded some of the most innovative and ground breaking records of the time, culminating in 1973 with one of the biggest selling albums of all time, “The Dark Side Of The Moon.” There followed numerous global number 1 albums, including “The Wall,” “Animals,” “Wish You Were Here,” “The Final Cut” and 2014’s finale, “The Endless River.”

Pink Floyd Records releases will be manufactured and distributed by Warner Music for the UK and Europe and by Sony Music for North America and the rest of the world.

Max Lousada, Chairman and CEO Warner Music UK said: “We’re proud to continue to support one of the world’s greatest and most influential bands. This is an exciting new chapter in our long-standing partnership with Pink Floyd and we look forward to working with them to help curate their remarkable body of work.”

Rob Stringer, Chairman and CEO Columbia Records said: “We are proud to continue the long standing relationship in North America and beyond between Columbia Records and Pink Floyd. We are excited to work together with the band on their incredible musical legacy.”