Northlane and In Hearts Wake have revealed The “Equinox” EP, a new collaboration between both acts released today worldwide. The three-track EP was written by and features all 10 musicians from both bands. 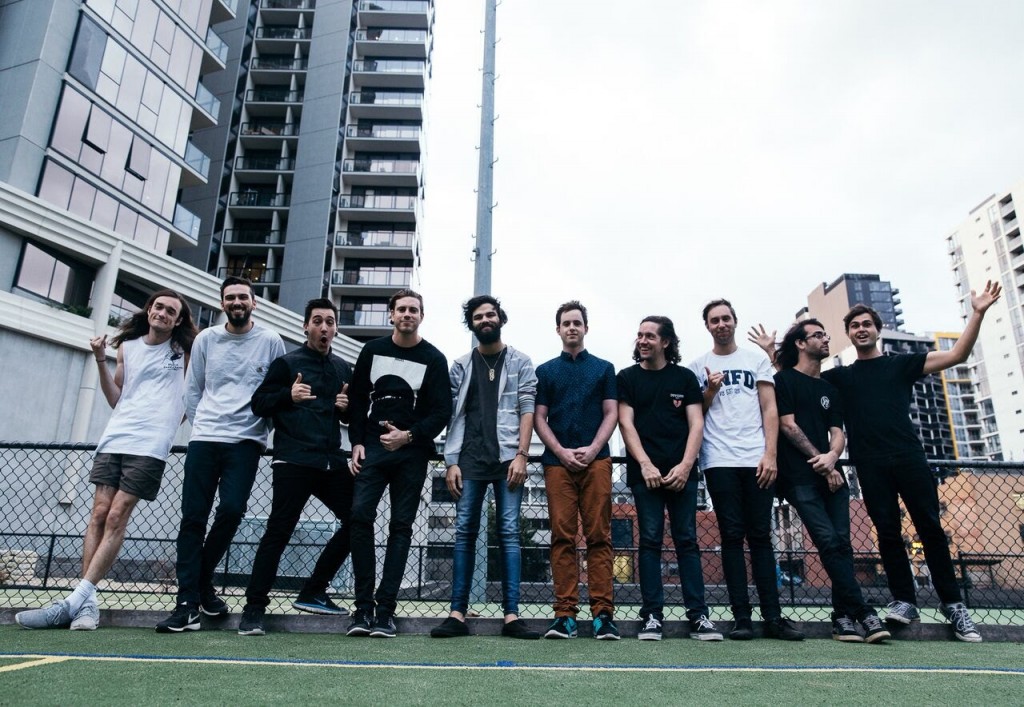 In Hearts Wake frontman Jake Taylor says the journey to “Equinox” has been powerful and fruitful: “The ‘Equinox Tour’ and EP will be unlike no other. All 10 of us locked ourselves away so that we could weave together our creative efforts into this surprise twelve-minute EP odyssey. Working closely with so many passionate individuals has had its creative challenges and its beneficial learning curves. But like all things that are born to thrive, the ‘Equinox’ journey has proven both abundant and powerful, showing what can be achieved when we work together. The ‘Equinox’ EP is the testament of friendship and camaraderie that NL & IHW share, and the tour is still yet to come!”.

“We’ve never attempted anything like the ‘Equinox’ project before” adds Northlane guitarist Josh Smith “It’s quite a tall order to fuse two bands together to create art, but the whole process felt synergistic and I believe that the result is greater than the sum of the parts. The recorded part of the project was a monumental challenge for all of us to overcome, on a tight deadline nestled within hectic touring schedules, but it elevated our creativity far beyond the bounds we’d come to know and allowed us to share a common message of importance together” He continues: “The second part of the project, the live show will too be a historic escapade for Northlane and In Hearts Wake, an absolutely unmissable event that we just cannot wait for!”.

The “Equinox” project is an idea they’ve had in the pipeline for nearly three years and, when both bands had a break in their schedules, the EP finally came to fruition in January 2016 when they came together and recorded in secret with producer Will Putney in Melbourne. Comprising two full-band songs and an instrumental interlude, The “Equinox” EP also comes as a vinyl edition featuring a signed B-side, limited to 500 units worldwide across two colour ways.

The live element will feature multiple sets from each band as well as a section featuring all 10 musicians performing the EP in it’s entirety, the only time such a live collaboration is ever planned to take place.

Northlane and In Hearts Wake are two of the leading heavy bands in Australia, and have each built a reputation for taking their innovative music worldwide while still retaining a fierce independence and creativity. And due to their familiarity with festival stages, major magazine coverage and prestigious radio play around the globe, such a complex venture as “Equinox” is the next step in the boundless creativity of two inventive groups of artists and friends.