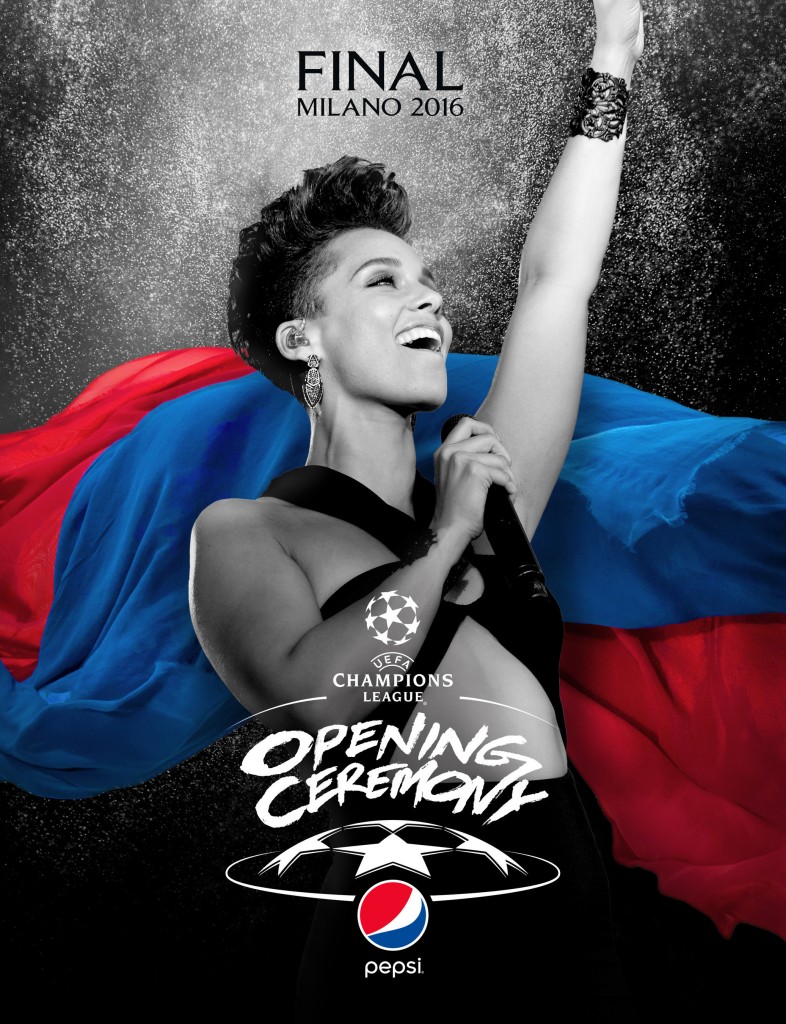 “I’m extremely excited to share my new music at the UEFA Champions League Final, an event that is celebrated in every corner of the world,” said Alicia Keys. “This is going to be a powerful moment in history and one that represents the spirit of all the similarities we share no matter where we live and who we are. I’m honored to be a special part of such a beloved experience.”

Guy-Laurent Epstein, UEFA Marketing Director, commented, “The UEFA Champions League Final is the ultimate stage in European football, bringing together the two best teams on the continent. With such a highly respected and truly global artist performing ahead of the UEFA Champions League Final, it heightens even further the appeal of the match and consequently will reach a broader audience demographic, which ultimately further strengthens the global status of UCL.”

In addition to the UEFA Champions League Final Opening Ceremony performance, Keys – who recently joined Season 11 of NBC’s hit show The Voice in the United States and will release her 8th album this year – will be featured in a variety of integrated campaign elements leading up to the performance.