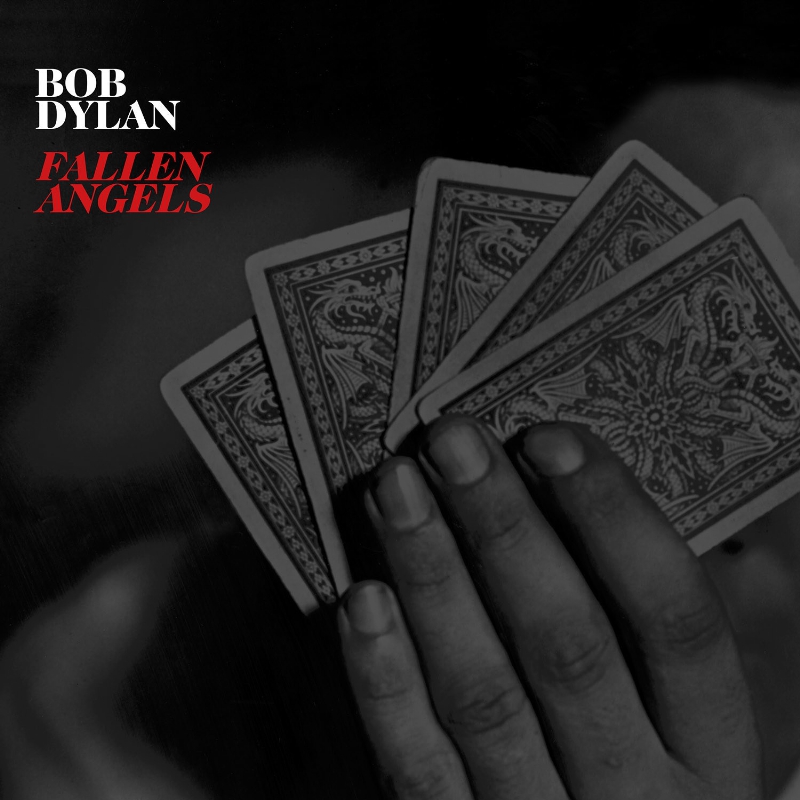 Columbia Records confirmed today that a new studio album from Bob Dylan, Fallen Angels, will be released on May 20.  Featuring twelve classic American tunes written by some of music’s most acclaimed and influential songwriters, the album showcases Dylan’s unique and much-lauded talents as a vocalist, arranger and bandleader.  The Jack Frost-produced album is the 37th studio set from Bob Dylan and marks the first new music from the artist since Shadows In The Night, which was released in early 2015.

One of the album’s recordings, “Melancholy Mood” is available today on iTunes as an Instant Gratification track, and will also be released as part of a four-track 7″ EP on April 16 as part of the nationwide Record Store Day.  The track can also be streamed on YouTube. The album will also be available May 20 in a limited blue vinyl edition exclusively at Barnes and Noble.

On Fallen Angels, Dylan has chosen songs from a diverse array of writers such as Johnny Mercer, Harold Arlen, Sammy Cahn and Carolyn Leigh to record with his touring band.  The album was recorded at Capitol Studios in Hollywood in 2015.

The artist’s previous album of classic American songs, 2015’s Shadows In The Night, reached the Top 10 in seventeen countries, including #7 in the U.S., with #1 debuts in the United Kingdom, Ireland, Sweden and Norway.  The album also received worldwide critical acclaim, with The Telegraph’s Neil McCormick giving the album five out of five stars and describing the work as “spooky, bittersweet, mesmerizingly moving” with “the best singing from Dylan in 25 years.”  Jon Pareles wrote in the New York Times, “Mr. Dylan presents yet another changed voice…a subdued, sustained tone….Shadows in the Night maintains its singular mood: lovesick, haunted, suspended between an inconsolable present and all the regrets of the past.”

Bob Dylan’s six previous studio albums have been universally hailed as among the best of his storied career, achieving new levels of commercial success and critical acclaim for the artist. The Platinum-selling Time Out Of Mind from 1997 earned multiple Grammy Awards, including Album Of The Year, while “Love and Theft” continued Dylan’s Platinum streak and earned several Grammy nominations and a statue for Best Contemporary Folk album.

Modern Times, released in 2006, became one of the artist’s most popular albums, selling more than 2.5 million copies worldwide and earning Dylan two more Grammys. Together Through Life became the artist’s first album to debut at #1 in both the U.S. and the UK, as well as in five other countries, on its way to surpassing sales of one million copies.  Tempest received unanimous worldwide critical acclaim upon release and reached the Top 5 in 14 countries, while Shadows In The Night was hailed by fans and critics for Dylan’s singular interpretive artistry.

These six releases fell within an 18-year creative span that also included the recording of an Oscar- and Golden Globe-winning composition, “Things Have Changed,” from the film Wonder Boys, in 2001; a worldwide best-selling memoir, Chronicles Vol. 1, which spent 19 weeks on the New York Times Best Seller List, in 2004, and a Martin Scorsese-directed documentary, No Direction Home, in 2005. Bob Dylan also released his first collection of holiday standards, Christmas In The Heart, in 2009, with all of the artist’s royalties from that album being donated to hunger charities around the world.

In recent years, Bob Dylan was the recipient of the Presidential Medal of Freedom, the United States’ highest civilian honor. He was awarded a special Pulitzer Prize in 2008 for “his profound impact on popular music and American culture, marked by lyrical compositions of extraordinary poetic power.” He was also the recipient of the Officier de la Legion d’honneur in 2013, Sweden’s Polar Music Award in 2000, Doctorates from theUniversity of St. Andrews and Princeton University, as well as numerous other honors.

Bob Dylan has sold more than 125 million records around the world.

The complete track listing for Fallen Angels is, as follows: