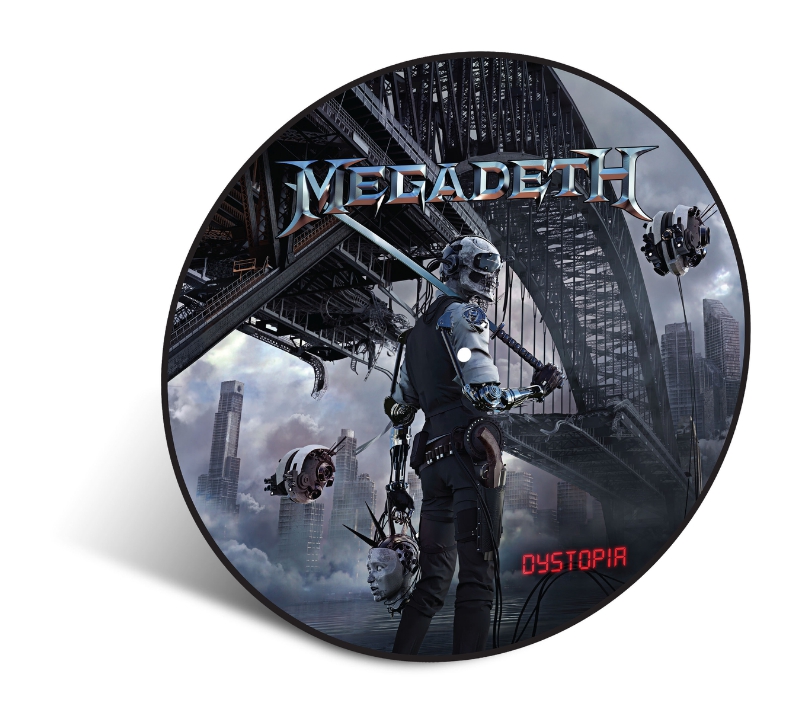 The Dystopia picture disc can be ordered individually at all participating retail and online outlets or at UMv as part of a specially priced pack with other picture disc titles including Peace Sells…But Who’s Buying?, So Far, So Good…So What!, Rust In Peace, Countdown To Extinction and Youthanasia. Featuring 11 tracks, Dystopia was released on January 22nd on CD, LP, and digitally, as well as a special Deluxe Virtual Reality CD package.

Dystopia debuted at no. 3 on the Billboard Top 200 chart, no. 1 album on the Hard Music and Top Rock charts. and no. 2 on the Top Album Sales chart. Globally, Dystopia also achieved top 10 debuts in Canada (no. 2), Japan (no. 2 international chart), Finland (no. 3), Mexico (no. 4), Czech Republic (no. 5), Australia (no. 6), New Zealand (no. 6), Switzerland (no. 7), Poland (no. 8) and Germany (no. 10), which along with Belgium, Ireland and Spain contributed to achieve Megadeath’s highest ever chart positions in their thirty year history in a total of 10 countries around the world. Other countries with significant sales or chart debuts included UK, Norway, Sweden, Italy, Netherlands, and France. A truly worldwide success, Dystopia outsold the band’s previous album Super Collider (2013) in only 4 weeks.