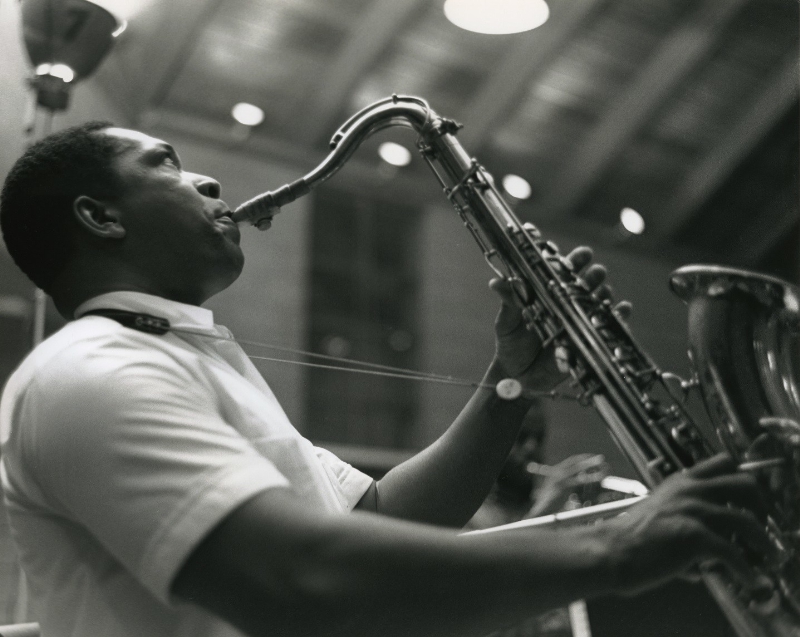 Legendary saxophonist and composer John Coltrane would have been 90 today. To celebrate his legacy and incredible body of work, Verve/UMe is proud to announce today’s release of the high-resolution audio remasters of nine more of his classic Impulse! Records albums, continuing the label’s initiative to remaster every album Coltrane recorded in his lifetime for “The House That Trane Built” in a variety of high-fidelity formats. The newly available remastered albums, which include his celebrated four-night stand, “Live” At The Village Vanguard (1962), the career turning point, The John Coltrane Quartet Plays (1965), and his watershed avant-garde exploration, Ascension (1966), now join his previously remastered Impulse! debut, Africa/Brass (1961) and his magnum opus, A Love Supreme (1965), universally hailed as one of the greatest albums of all time. In all, 16 celebrated recordings are now available. The albums were remastered by Universal Music Group North America’s chief engineer, Kevin Reeves, from the original analog reels.

The Impulse! releases chronicle several key moments in Coltrane’s constantly evolving career. His eponymous 1962 record was the first to solely feature “the classic quartet,” while Crescent (1964) saw him moving toward progressive jazz and Meditations (1965) was his deep dive into free jazz and atonality. The aptly-titled Duke Ellington & John Coltrane (1963) LP saw him collaborating with the revered pianist for an incredible display of musicianship that spanned generations while John Coltrane and Johnny Hartman (1963) paired Coltrane’s beautiful and exploratory playing with Hartman’s baritone croon for some sumptuous ballads. Live At Birdland (1964) comprises both live and studio recordings for a collection that is widely known as one of his finest all-around albums.

In his groundbreaking career, John Coltrane reshaped modern jazz and influenced generations of musicians. He was awarded the GRAMMY® Lifetime Achievement Award in 1992, 25 years after his death, and in 2007, the Pulitzer Prize Board awarded him a posthumous Special Citation for his lifetime of innovated and influential work. The citation lauds Coltrane for “his masterful improvisation, supreme musicianship and iconic centrality to the history of jazz.” The committee said of Coltrane: “His exalted stature arises from his composition and recordings. In ‘A Love Supreme,’ he produced an imposing composition expressing faith. In ‘Africa/Brass Selections,’ he achieved astonishing orchestral feats. His work has weight, an artistic quest and searching nature. Coltrane infused the existing tradition with innovation and radical approaches. The surface of his music is dynamic and palpable, the underlying structure is suffused with spirituality and provocative political content.”