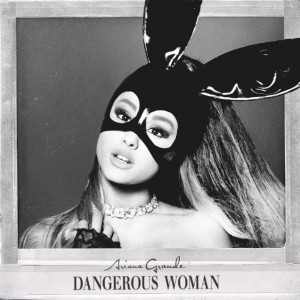 Ariana Grande has released the highly anticipated single off her new album, “Dangerous Woman.” Ariana has been teasing the single for the last month on her social media, creating much excitement among her fans. The sultry new track certainly lives up to the hype. Since it’s release this morning it has already reached #1 on both iTunes Overall Top Songs Chart and Top Pop Songs Chart.

The GRAMMY-nominated multi-platinum star also announced a release date for her third full-length album of the same name, Dangerous Woman. The album is set to drop on May 20th