Much-celebrated Kompakt staple The Field returns to the spotlight with new album ‘The Follower’, his fifth full-length offering after ‘From Here We Go Sublime’, ‘Yesterday And Today’, ‘Looping State Of Mind’ and ‘Cupid’s Head’. Swedish soundsmith Axel Willner is well-known for his mastery when it comes to the allusive layering of loops, but it was with his last album “Cupid’s Head” that a newly-found, somewhat pressing snappishness started to replace the soft-hued sonics of his ambient-infused techno, imbued with a darker mood and stronger footing than before. A carefully gauged balance of stoic motorik and gloomy drones was key here – just as it is for ‘The Follower’ which goes even further in blurring the lines between concrete experimentation, body music and precisely laid- out arrangement, leading to one of the most rhythmically and texturally engaging listening experiences in Willner’s catalogue. 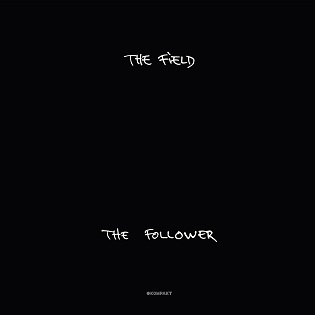 “As always when starting a new album, I wanted to do something that sounds fresh, but doesn’t stray too far from what I have so far done as The Field – and that’s always the tricky part”, says Willner, adding that “the whole album came around through experimenting with a lot of new recording equipment and gear”. That source of inspiration seems to have worked rather well, with title track ‘The Follower’ opening on a surprisingly muscular groove and setting the tone for what could be considered The Field’s most floor-attuned work yet – a raw bounce dripping with foggy acid and marching percussion catches long-standing fans off-guard while providing a perfect entry point for curious newcomers. Pulling no punches, Willner’s knack for entwined drones and mutating loops is very much in place, but finds powerful support in an excitingly sturdy bassline and guitar-like screeches. It’s been a few years since The Field’s band dissolved, which led to more club- oriented live gigs – an experience that definitely informed The Follower’s sound without interrupting this very personal continuum of expressive means. This is ambient techno on steroids, with a dose of metal machine music for good measure.

Follow-up cut ‘Pink Sun’ quickly finds its pace with one of these perpetually rotating hooks Willner is known for, while ‘Monte Veritá’ specializes in tunefully glitched vocal samples with accompanying bass workout – a powerful and propelling album build-up that finds its first moment of introspection with the mountainous ‘Soft Steams’, an exciting synth journey that emits both ethereal and kinetic propensities. ‘Raise the dead’ presents The Field’s focussed sonic storytelling at its minimalist best, gyrating around a basic motive for a while before joining an earthy beat and opening up the sunshine roof. It’s a winding, hypnotic track that also works particularly well as transition to the album’s remarkable closing chapter: the slow-paced ‘Reflecting lights’ shows Willner at his most refined, evoking his often-quoted appreciation of Wolfgang Voigt’s ambient project ‘Gas’ as well as an obvious fondness for kraut synthesists and their trance-inducing exploits. “‘The Follower’ is about old myths, finding utopia and how mankind repeatedly makes the same mistakes over and over”, explains Willner, but he remains an artist who prefers keeping things uncommented and the mistery intact – his latest full-length certainly doesn’t need more introductions: it evidently shows a maturity and consistent evolution of The Field’s trademark style of creation, but may very well be considered one of his most vibrant and visceral outings yet.