San Francisco City Attorney Dennis Herrera is demanding the full cooperation of recording artist Justin Bieber’s record label and distribution company to identify and punish those responsible for a guerrilla marketing campaign that includes pervasive ads spray-painted on public sidewalks to promote Bieber’s album, “Purpose.”  Herrera, who called the graffiti vandalism “illegal and actionable” in a letter today to executives from Def Jam Records and Universal Music Group, vowed to “aggressively pursue all available penalties and costs from those responsible for lawless marketing tactics that intend to financially benefit your respective companies.”

San Francisco Public Works has for weeks responded to neighborhood complaints about the stenciled ads, which have otherwise persisted undiminished through several rainstorms.  Unlike other recent instances of illegal sidewalk advertising that was chalk-based, according to Herrera’s letter, the Bieber-related graffiti appears to have been applied with permanent spray paint.  Such defiant guerrilla marketing tactics have become an increasingly unwelcome sight to many San Francisco residents, according to their reactions on social media, in published news accounts, and in complaints to City officials.

“Far more infuriating to the San Franciscans I hear from is commercially-sponsored graffiti vandalism,” Herrera wrote to Def Jam CEO Steve Bartels and Universal Music General Counsel and EVP Jeffrey Harleston.  “This prohibited marketing practice illegally exploits our City’s walkable neighborhoods and robust tourism; intentionally creates visual distractions that pose risks to pedestrians on busy rights of way; and irresponsibly tells our youth that likeminded lawlessness and contempt for public property are condoned and encouraged by its beneficiaries—including Mr. Bieber and the record labels that produce and promote him.” 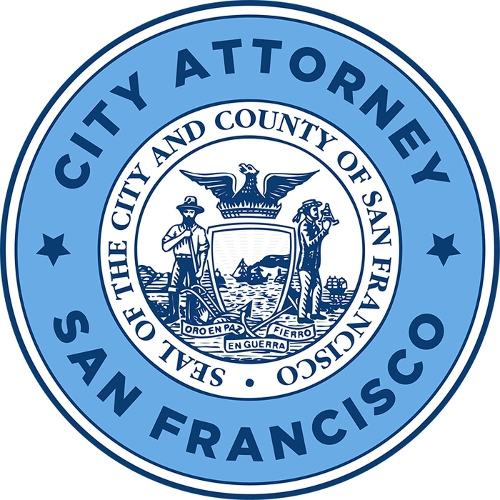 “Our sidewalks in San Francisco are not canvasses for corporate advertising, and we have made that clear.  Yet these guerrilla marketers believe they are above the law when it comes to blighting our city and we will take a strong stand against them,” said San Francisco Public Works Director Mohammed Nuru.  “The definition of graffiti is tagging someone else’s property without permission, and they certainly did not have our permission to do this to our sidewalks.”

The Bieber-related vandalism represents the worst example of the problem’s recent re-emergence over the last year, according to the San Francisco City Attorney’s Office.  In his letter today, Herrera noted that he is working with City leaders on legislation to “substantially enhance civil penalties” for unlawful guerrilla marketing tactics. San Francisco Supervisor Aaron Peskin has already begun drafting the legislation, which will include input from Herrera’s office and San Francisco Public Works.

“Graffiti abatement and prevention are important aspects of protecting the quality of life in San Francisconeighborhoods,” said Peskin.  “Unfortunately, current penalties for ‘guerrilla marketing’ graffiti seem to reflect an acceptable cost of doing business by irresponsible companies competing for consumers’ attention.  It’s clear that we need to enact tougher penalties to more effectively discourage this practice.  I’m grateful to City Attorney Herrera’s office and San Francisco Public Works for working with me to improve codes intended to keep our sidewalks and neighborhoods clean.”

Herrera’s office has successfully resolved similar violations over the years by corporate bad actors, including IBM, NBC Universal, Turner Broadcasting and Zynga.  Past disputes, which also centered on illegal sidewalk graffiti ads, ended with substantial financial settlements to compensate city taxpayers for all costs, civilly punish wrongdoing, and publicly discourage such illicit conduct by other would-be commercial vandals.  State and local laws authorize San Francisco’s City Attorney to pursue civil litigation for such unlawful guerrilla marketing practices.  Such actions could secure court-ordered injunctions, civil penalties of up to $2,500 for each violation, and restitution for fees and costs if successful.

In his letter today, Herrera demanded the full cooperation of Def Jam Records and Universal Music Group in his office’s investigation to identify all parties responsible for the graffiti vandalism.  Herrera additionally seeks cooperation from the companies to detail the nature and extent of graffiti marketing related to Mr. Bieber’s album, together with “a proposal to resolve the full scope of wrongdoing and avoid civil litigation.”