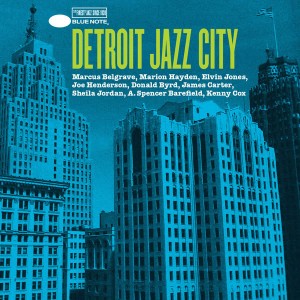 Blue Note Records has released ‘Detroit Jazz City’, a compilation album that simultaneously spotlights the past and present of one of America’s great jazz cities while also serving as a benefit album for the fantastic organization Focus: HOPE. All proceeds from the album will be donated to Focus: HOPE to aid in their on-going pursuit of intelligent and practical solutions to the problems of hunger, economic disparity, inadequate education, and racial divisiveness in Southeastern Michigan.

“All of us at Blue Note Records are excited by this opportunity to shine a light on the rich musical legacy of Detroit and on Focus: HOPE who have done so much to help the city’s less fortunate residents,” says Was. “The generosity of everyone involved-from the musicians to the Universal and Capitol Music Groups-makes a very powerful statement about the potential of great music to impact lives on a grass roots level.”  ‘Detroit Jazz City’ is a great album for the ones who still need to buy some Christmas-presents. (8/10) (Blue Note)

The track listing for Detroit Jazz City is as follows: