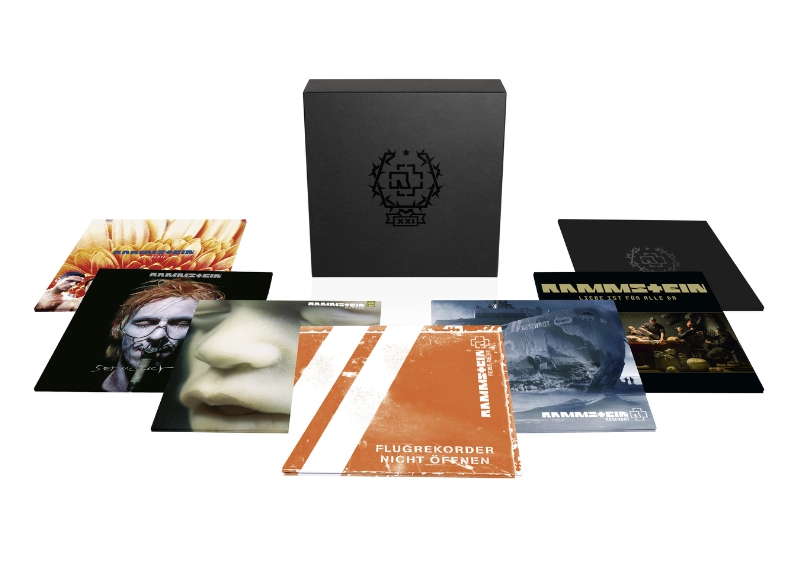 If Rammstein’s music is the perfect soundtrack for building large monuments in the desert, then somewhere in the wilder world stands an imposing edifice some 21 years in the making – the length of time the six East Berliners have been collectively mining the Rammstein seam…

In the course of these two decades, the band have risen to the apex of the great rock pyramid, achieving album and DVD sales in the millions, headlining major festivals and bigger venues around the world (including New York’s Madison Square Garden, a show that sold out its 18,200 tickets in under 30 minutes!), and establishing themselves as peerless master showmen with an approach to their art – and ‘art’ is the word – that is dramatic, epic in scale and capable of touching all of the senses; a dark and spectacular fairy-tale laced with controversy, don’t-try-this-at-home theatrics, plus the all-consuming aroma of benzine.

For Rammstein, and it’s the same line-up now as at the start, it’s always been a case of marching to their own beat, gleefully torching the industry rule-book… and everything else! They sing in German, they side-step those visuals typical of the rock ‘n’ metal world, and they present an incendiary, everything-hotter-than-everything-else live experience the like of which hasn’t been seen beneath the popular music banner… Some call it ‘Rammstein-esque‘.

This 21st Anniversary Box Set – a numbered, career-wide collection – not only features the six studio albums, produced by Jacob Hellner and re-mastered onto 180-gram heavyweight double vinyl by Svante Forsbäck, it also comes complete with a separate rarities double LP, ‘Raritäten,‘ including a previously unreleased version of the track ‘Los.’

In terms of additional content for ‘Raritäten,‘ Rammstein have taken the thoughtful approach, and there is certainly a choice selection on offer; 16 tracks taken from previous singles, ‘fan edition’ releases and special album formats.

However, it’s the six studio albums that are the centerpiece here, a bona fide body of work bound together by attitude and intent. When it comes to defining precisely what Rammstein stands for, band and brand, it’s the catalogue as a whole that speaks the loudest.

Even the overall presentation of the Anniversary Box lives up to the band’s longstanding reputation for quality and detail. The result is a tactile, high-end package that – as well as representing the band across the board, mirroring the scale and ambition of their music – successfully spotlights the character of the individual releases; each comes complete with gatefold sleeve, original artwork and lyrics. Four of the six albums have not been released on vinyl before: Herzeleid, Sehnsucht, Reise, Reise and Rosenrot.

With the vinyl weighing in at a full 180 grams, the sonic capacity is there to properly represent a group capable of shifting from a whisper to a roar without being slowed down by the gears in-between.

From pin-drop to fusillade, from ‘Stirb nicht vor mir’ to ‘Rammlied’, the XXI Anniversary Collection is a carefully-crafted, stylish, authentic celebration of Rammstein 1995-2012, leaving the door ajar for Studio Album Number Seven…

When and if that arrives is in the hands of the ‘Kollektiv’ itself, but one thing’s for certain: the cake honoring their 21st Anniversary won’t be short on candle power…