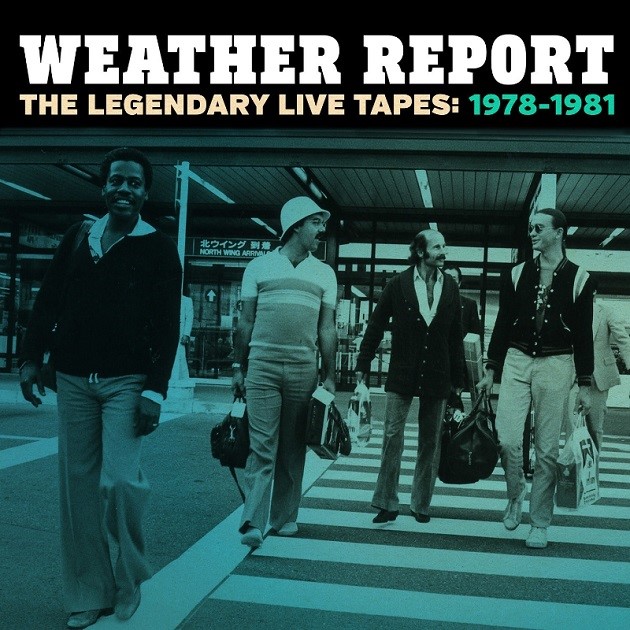 This essential Weather Report collection of previously unreleased performances has been meticulously assembled, curated and produced by Peter Erskine and Tony Zawinul (son of the late Joe Zawinul, Tony is a co-founder of The Weather Report Legacy Project and director of “THIS IS THIS,” a Weather Report documentary film currently in Production).

Weather Report was originally formed in 1970 by Joe Zawinul (3-time GRAMMY Award winner and whose prior credentials included his profoundly influential musical contributions to the Miles Davis albums In A Silent Way and Bitches Brew) and Wayne Shorter (a 10 time Grammy Award winner who’d served as a primary composer for Art Blakey’s Jazz Messengers and an essential player in Miles Davis’ Second Great Quintet). An active ensemble for 16 years (1970-1986), Weather Report moved freely across a variety genres, blending free jazz with tightly structured compositions, introducing elements of rock and funk and electronica into a multicultural world music that defied precedent and categorization. “We don’t fuse nothin’,” Zawinul said, “we just play from the heart.” And yet, Weather Report inspired a revolution in jazz fusion music during the 1970s and 1980s.

When electric bass virtuoso Jaco Pastorius joined the Weather Report lineup in 1976, the group’s sound evolved into even more adventurous and pioneering directions. The ensemble landed a crossover hit, “Birdland,” in 1977. Drummer Peter Erskine joined in 1978 with Weather Report expanding into a formidable electric quintet with the addition of percussionist Robert “Bobby” Thomas, Jr. in 1980.

Performance high-points from these quartet and quintet lineups are chronicled in Weather Report: The Legendary Live Tapes: 1978-1981 and have been sourced from never-before-heard (outside the band) soundboard tapes recorded by Weather Report’s longtime mixing engineer Brian Risner, and bootleg recordings from the audience. Rather than attempt to recreate the ebb and flow of a Weather Report set list of the era, The Legendary Live Tapes presents a variety of key individual performances, each of them capturing the unique and dazzling musical directions Weather Report was capable of achieving.

The 4 disc collection includes extensive notes and song-by-song descriptions of the performances penned by Peter Erskine.