In a matter befitting the 100th birthday of an American icon, Sony Music’s Legacy Recordings announces the November 20th, 2015 release of Frank Sinatra: A Voice on Air (1935-1955), a historic 100+ track, 4-CD deluxe box set culled from an invaluable collection of rare radio broadcasts and rehearsals – immaculately restored from the original recording masters for unprecedented high-fidelity sound. 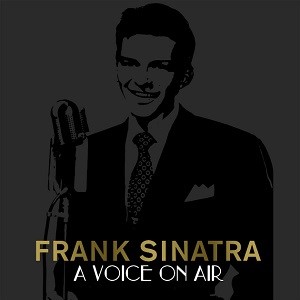 Luxuriously packaged with a 60-page book, Frank Sinatra: A Voice on Air (1935-1955) is an essential addition to Sinatra’s voluminous discography, offering a unique glimpse into the formative period of America’s first teen idol: Frank Sinatra, the man who became known the world over as “The Voice.” Included in the book are an introductory essay by renowned singer, pianist and archivist Michael Feinstein; a personal remembrance by Frank’s eldest daughter Nancy Sinatra and detailed essay by foremost Sinatra historian, author and box set producer Charles L. Granata. The package was designed by noted Art Director Maria Marulanda, who created the landmark 2007 Columbia/Legacy box set Frank Sinatra: A Voice in Time.

In assembling this groundbreaking box set marking the first official release anthologizing Frank Sinatra’s seminal radio performances, the producers have mined treasures from their own extensive Sinatra broadcast transcription collections and the world’s most prestigious archives and sound recording repositories including The Library of Congress, the New York Public Library for the Performing Arts at Lincoln Center, the Paley Center for Media, the Michael Feinstein Great American Songbook Initiative archive and The University of Colorado’s Glenn Miller Archive. Included are dozens of rare photographs and recording artifacts that help to illustrate the scope of Sinatra’s incredible radio career.

Meticulously restored and remastered in high-resolution from the original glass and aluminum radio transcription discs and magnetic tape masters by three-time Grammy winning recording engineer Andreas Meyer and Sinatra producer Charles L. Granata, these vintage, historic recordings – most of them unheard since their original broadcast in the 1940s and 1950s – sound more rich and vibrant than ever before. All of the warmth and vibrancy that are hallmarks of Frank Sinatra’s vocal brilliance have been preserved, and showcased with unprecedented fidelity.

This breathtaking overview charts Frank Sinatra’s evolution as a vocalist, and includes samples of his radio work from the first twenty years of his amazing career, from his first radio performance in 1935 (singing “S-H-I-N-E” with the Hoboken Four) to his last weekly series in 1955 (The Frank Sinatra Show, featuring ultra-rare performances with an in-studio quintet). From beginning to end, Frank Sinatra: A Voice on Air (1935-1955) envelops the listener in the atmosphere surrounding the creation of these masterful radio performances in the 1930s, ’40s and ’50s.

This box set holds special significance – both in Frank Sinatra’s body of work, and as a special 100th Birthday tribute – as it includes dozens of songs that were never officially recorded by Frank Sinatra, and dozens of unusual (and unrecorded) arrangements of Sinatra’s most prized songs. Among the treasures included on the collection are Cole Porter’s “Don’t Fence Me In,” Frank Loesser’s “I Wish I Didn’t Love You So,” Jerome Kern and Ira Gershwin’s “Long Ago and Far Away,” Johnny Burke and Jimmy Van Heusen’s “Aren’t You Glad You’re You” and Richard Whiting, Leo Robin and Newell Chase’s “My Ideal” – all important classics from the Great American Songbook that Sinatra never recorded. 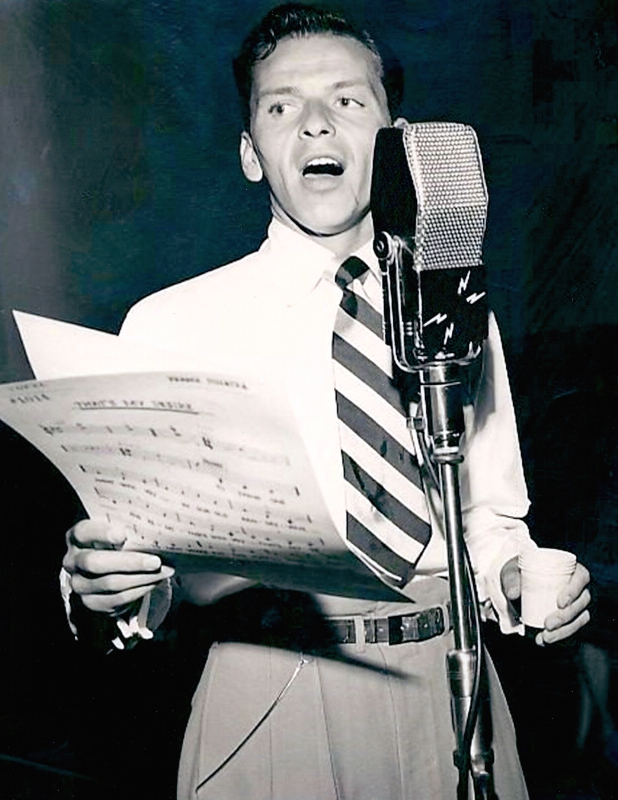 Then, there are priceless duets with Nat ‘King’ Cole (“Exactly Like You”), Benny Goodman (“I Only Have Eyes for You”), Peggy Lee (“You Brought A New Kind of Love to Me”), Metropolitan Opera star Dorothy Kirsten (“A Fine Romance”), Doris Day (“Take Me Out to the Ballgame” and “There’s No Business Like Show Business” and Milton Berle (“It’s De-Lovely”) – as well as songwriters Irving Berlin (“Alexander’s Ragtime Band”), Johnny Mercer (“Ac-Cen-Tchu-Ate the Positive”) and Louisiana Governor Jimmy Davis (“You Are My Sunshine”). Also included are seldom-heard program openings, closings, announcements and commercials – PLUS twelve surprise bonus tracks that are sure to delight even the die-hard Sinatra fan!

Befitting the historical importance of these irreplaceable American musical treasures, Sony Music’s Legacy Recordings has partnered with The Smithsonian Institution to create a single CD consisting of an additional 26 rare, previously unreleased radio recordings (not available on the box set) to be offered exclusively at the Smithsonian Institution in Washington, D.C. and through their website.

Throughout his nine-decade career, Frank Sinatra performed on more than 1,400 recordings and was awarded 31 gold, nine platinum, three double platinum and one triple platinum album by the Recording Industry Association of America. He extends his record to 57 for the most top 40 albums on the Billboard 200 with this year’s new Ultimate Sinatra release. Sinatra has had Top 40 hits on the charts for eight decades which is as long as the Billboard charts have existed. He received nine GRAMMY Awards over the course of his career, including three for the prestigious Album Of The Year, and an Oscar. Sinatra demonstrated a remarkable ability to appeal to every generation and continues to do so; his artistry still influences many of today’s music superstars. He also appeared in more than 60 films and produced eight motion pictures.

Sinatra was awarded Lifetime Achievement Awards from The Recording Academy, The Screen Actors Guild and the National Association for the Advancement of Colored People (NAACP), as well as the Kennedy Center Honors, the Presidential Medal of Freedom and the Congressional Gold Medal. Today, he remains a legend and an inspiration around the world for his contributions to culture and the arts.

Frank Sinatra was born in Hoboken, NJ on December 12, 1915. A series of Sinatra 100 events will be rolling out throughout this year including the new Ultimate Sinatra CD. Following its highly acclaimed debut in New York in March, the multimedia Sinatra: An American Icon exhibit exploring Frank Sinatra’s life and career and will get its Los Angeles premiere at the GRAMMY Museum on Wednesday, Oct. 21, 2015.